SEOUL, April 3 (Yonhap) -- Ok Taecyeon, a member of the popular boy band 2PM, says he made an acting debut in 2010 simply because his talent agency forced him to. Seven years later, the reluctant actor finds fun in the job because he can create "another me" through a new character each time.

"It was fun to work together with other actors and become a totally different person when taking on a new role," he said during an interview with Yonhap News Agency on Monday.

Ok began acting with KBS 2TV's "Cinderella's Stepsister" and has since appeared in several TV series and a 2014 short film "A Night Before the Wedding." 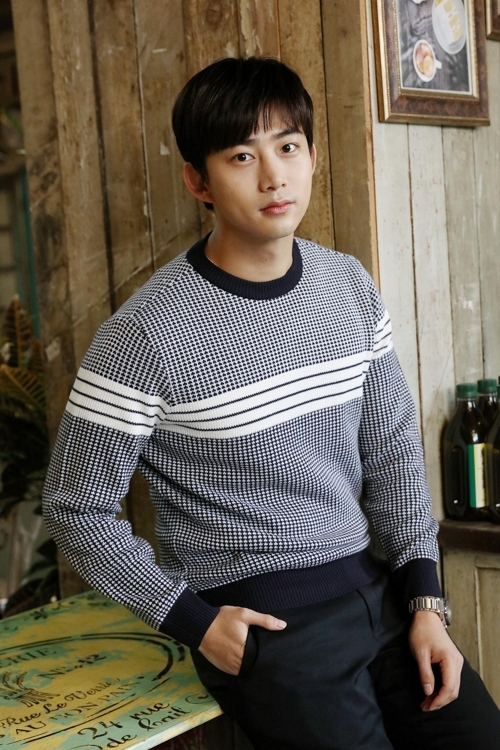 He has recently made a feature film debut in "House of the Disappeared," a mystery thriller that revolves around Mi-hee (Kim Yoon-jin) who returns home after serving 25 years in prison for killing her husband and son in their home. Ok plays Priest Choi, the only person who believes in Mi-hee's innocence.

For Ok, who saw Kim for the first time in the ABC TV series "Lost" when he lived in the United States, getting a chance to work with the actress was the biggest reason for choosing to be in the new Korean film.

"She resembles the sea, which is calm on windless days but also has its storms," he said of Kim. "What I learned from her through this chance of working together was how to act while looking at the big picture."

He said one of his goals as an actor is to advance into the American television market.

"I questioned a lot about the American drama-making system and got a lot of useful advice from Kim," he added.

The 28-year-old star also touched on his plan for fulfilling his military duty as a South Korean citizen.

All able-bodied Korean men are required to complete 21 months of military service before the age of 35 in South Korea.

Ok recently gave up his American permanent residency and was declared fit for service in active duty.

"I already finished all preparations to enlist in the Army early this year, holding a concert at last year's end and releasing a solo album in Japan, but nothing has been fixed yet," he said. "I live a pleasant and meaningful life every day, expecting that I will able to go to the Army within this year, anyway."