SEOUL, April 3 (Yonhap) -- South Korea's civil servants will be allowed to leave work several hours earlier one day per month, under the government's efforts to help them find a balance in work and rest, the Ministry of Personnel Management said Monday.

The ministry said it has received government office reform plans from central government institutions and at least seven of them promised to let their employees leave work at 4 p.m. once a month, starting this month.

The Ministry of Strategy and Finance and the Meteorological Administration, for instance, will implement the so-called "premium Friday" system, in which their employees are allowed to go home from work at 4 p.m. on the last Friday of every month. 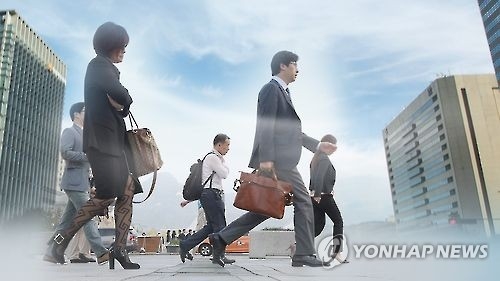 Likewise, officials at the personnel management ministry will be divided into three to four groups and take turns leaving work at 4 p.m. every Friday.

"The flexible working hours system is aimed at promoting a balance between work and rest in bureaucratic society. The reform will also help improve administrative services for the public," said a ministry official, adding other ministries and agencies will soon announce similar moves.

Quitting time usually begins at 6 p.m. in government offices but many civil servants tend to put in extra evening hours at work. Long working hours in the nation's public and private sectors have been blamed for various social ills.

In the Ministry of Culture, Sports and Tourism, its officials are asked to leave work at 4 p.m. on the last Wednesday of every month.

The Office of Legislation and the Small and Medium Business Administration plan to designate the third Friday and the last Wednesday of every month as short working days, though discussions are still underway on the actual quitting time.

The latest measure came after it was announced in early March that government offices will be asked to ensure their employees get at least nine hours of rest after work under a new initiative to help improve the health of civil servants. The government also said that social media and phone communications with government employees during off-duty hours will also be discouraged.

Civil servants to leave work at 4 p.m. once a month

Civil servants to leave work at 4 p.m. once a month