The country's second-biggest carmaker by sales sold a total of 238,222 vehicles in March down from 268,306 units a year earlier, the company said in a statement. 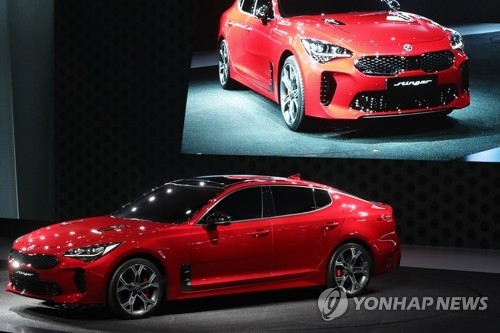 Kia Motors, which is 36 percent owned by Hyundai Motor Co., performed poorly for the first quarter ending on March 31. Hyundai and Kia together form the world's fifth-largest carmaker by sales.

To boost sales, Kia plans to launch the Stinger sports car and several upgraded models in the first half. The models will be the Niro compact SUV, the Mohave large-size SUV and the Carnival van, the company said.

Driven by new models, Kia aims to sell a total of 3.17 million units this year, higher than its actual sales of 3.02 million units tallied for the whole of 2016.