SEOUL, April 3 (Yonhap) -- With the recent success of the office series "Good Manager," KBS 2TV has proved that good ideas and execution can go a long way even without top-billed stars.

And in the vein of "Good Manager," the network is pitching another idea-oriented show titled "Queen of Mystery," which mashes up a gritty detective tale with the quirky "ajumma" comedy genre.

Ajumma is a generic term in Korean for married women who have the image of being middle-aged, tough, stubborn and also wearing unfashionable clothes.

"I picked the show for its overall scale of completion and for being fun," lead actor Kwon Sang-woo told reporters at a media event held at the Times Square mall in western Seoul on Monday. 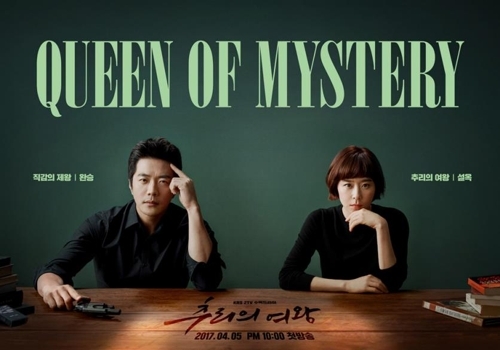 Kwon, who returns to television for the first time in three years, said the show's entire crew is having a blast filming, "I'm wondering whether I ever had this much fun coming to film."

Kwon plays Ha Wan-seung, an elite narcotics detective, a hard-boiled gumshoe who is as thorough as they come. His opposite is Choi Kang-hee, cast as Yoo Seol-ok, an unassuming neighborhood ajumma who is a natural-born genius crime solver.

Despite having no authority in law enforcement, Seol-ok constantly snoops around crime scenes to investigate pending cases, clashing with the investigation led by Wan-seung. Though reluctant at first, Wan-seung accepts her talent as genius and joins forces with her.

"As much as the title is 'Queen of Mystery,' it is a work in which Choi must shine the most. The staff and myself began to work with the idea of supporting her," Kwon said.

Choi, meanwhile, made a bold statement, saying that she's never really liked mystery dramas. Choi said her friend, who read the script, recommended it to her for its comedy.

"In all honesty, I never really liked mystery shows. But one of my friends, who loves crime-solving series, read the script and said it was really funny," said Choi. "This might be the first mystery show that I love." 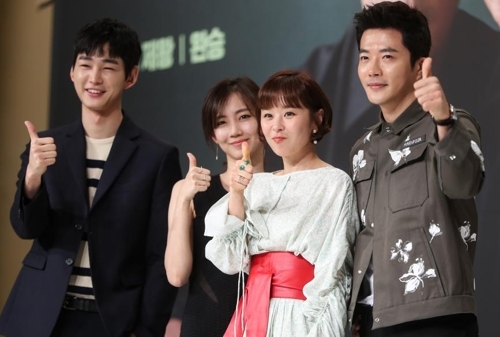