The decline was mainly attributed to lower demand from emerging markets such as China and Russia and a lack of tax benefits, analysts and industry watchers said.

"In particular, shipments in China backtracked as the row over the deployment of an advanced U.S. missile defense system in South Korea adversely affected consumer sentiment in the world's No. 2 economy," said Kim Tae-nyen, executive managing director of the Korea Automobile Manufacturers Association (KAMA).

"The country's two major carmakers failed to come up with robust sales figures last month as they didn't perform well in the most important U.S. market," Suh Sung-moon, an analyst at Korea Investment & Securities Co., said. He pointed out there is a strong demand for large and premium SUVs, but the two companies lack such models in their lineup.

Hyundai and Kia, which together form the world's fifth-largest carmaker, expect a series of new vehicles -- the Stinger sports car of Kia, the all-new Kona SUV and the G70 luxury sedan of Hyundai -- will boost their overall sales in the coming months. 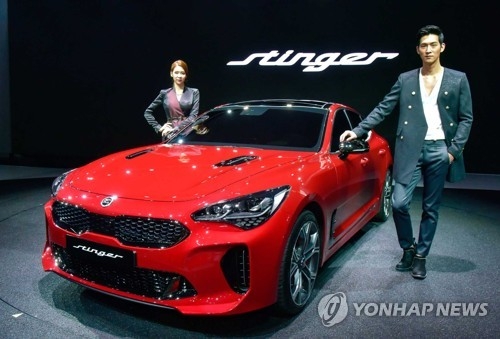 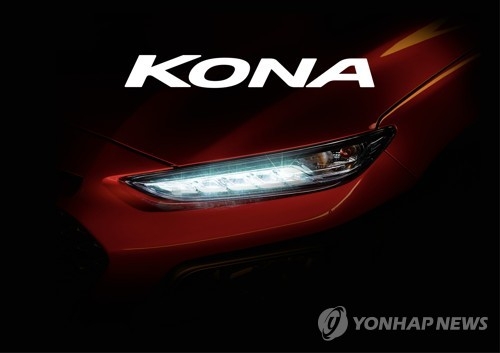 Suh expected Hyundai to launch the Stinger in May, the Kona SUV in June and the G70 in July in the 1.8 million domestic market, and will seek a "turnaround" in their sales. The market size includes local sales of imports.

The five carmakers domestically sold nearly 1.6 million vehicles last year, but this year they will probably sell less, he said.

To beef up its SUV-focused lineup, SsangYong, which swung to a profit in 2016 for the first time in nine years, said last week that it will launch the G4 Rexton large-size SUV this year and increase exports of its major SUV products such as the Korando C SUV.

"The country's vehicle exports for this year will remain at a similar level vis-a-vis last year's shipments in terms of value," Kim at KAMA said.

The five carmakers exported about 3 million vehicles valued at US$4.06 million last year from their production facilities in South Korea, he said. 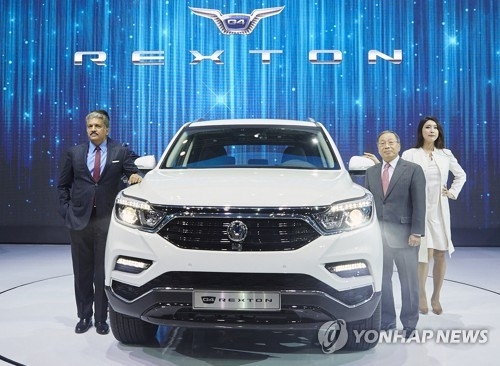 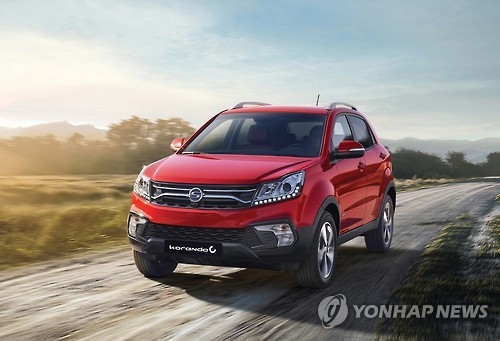