Forward Park Jong-ah had a goal and an assist at the International Ice Hockey Federation (IIHF) Women's World Championship Division II Group A at Kwandong Hockey Centre, as South Korea improved to 2-0 at the six-nation competition. Forwards Han Soo-jin and Kim Hee-won had the other goals for the winning side. 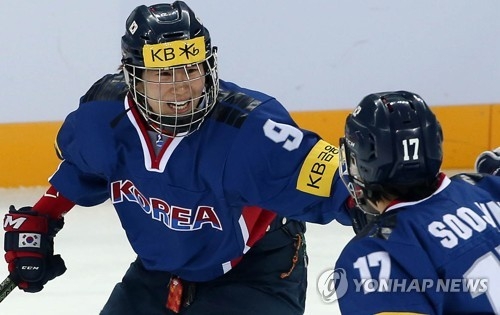 Located in Gangneung, Gangwon Province, some 230 kilometers east of Seoul, the arena is one of two competition venues, along with Gangneung Hockey Centre, in the city.

The tournament also features the Netherlands (No. 19), Slovenia (No. 24), North Korea (No. 26) and Australia (No. 28). The top nation after round-robin play will be promoted to Division I Group B next year, while the last-place nation will be relegated to Division II Group B in 2018.

No. 23 South Korea struggled against physical plays by the 21st-ranked Britain early on, unable to respond to Britain's strong forecheck and neutral zone pressure.

South Korea then solved the dogged defense with two goals in a four-minute span late in the opening period.

Park Jong-ah opened the scoring on a breakaway at 15:55. She secured the loose puck in the neutral zone and sped down the right wing. She then deftly cut to the middle, and fired a wrist shot to the top shelf past goalie Nicole Jackson.

With four seconds left in the period, Park started a 2-on-1 rush and fed Han Soo-jin for a shot that trickled in between the legs of Jackson for a 2-0 South Korean lead.

South Korea dominated the puck to open the second period, but it was Britain that got on the score sheet at 4:07. With the South Korean defense caught deep in the offensive zone, Kimberly Lane picked up the puck near the center ice and sent a perfect cross-ice pass to Leanne Ganney, who walked in on goalie Han Do-hee and beat her under the left arm.

South Korea breathed a sigh of relief about a minute into the third period when Angela Taylor rang one off the crossbar on a 2-on-1 rush.

Then Kim Hee-won, a rising star at 15, scored the much-needed insurance goal on a gorgeous wraparound at 14:43. After setting up down low, Kim shed a defenseman and came all the way around to the top of the crease, before rolling a backhand through the crowd to put South Korea up 3-1.

South Korea's next game will be against Australia at 9 p.m. Wednesday. 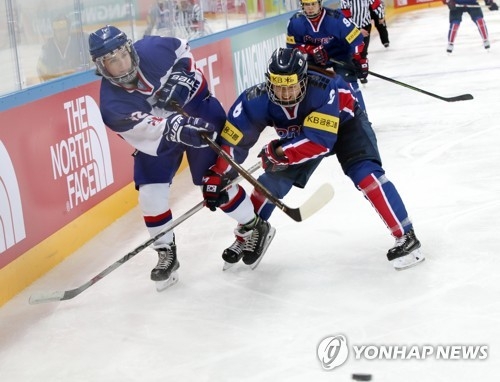