The two South Korean carmakers sold a combined 118,694 vehicles in March, down from 133,589 units sold a year earlier, according to sales data posted on PR Newswire by the companies.

As SUVs are becoming more popular in the U.S., Hyundai and Kia won't likely make a rebound in local sales for the time being as the former's lineup is focused on sedans and the latter's SUV lineup has no fresh models, market watchers said.

"The demand for large and premium SUVs and pickup trucks is on the rise in the U.S., but Hyundai and Kia do not have any new SUV models, let alone a pickup truck," said Suh Sung-moon, an analyst at Korea Investment & Securities Co.

The sales of Kia's minivan Sedona (or Carnival), Sorento and Sportage SUVs, and boxcar Soul continued to fall in the January-March period in the world's most important automobile market, he said. 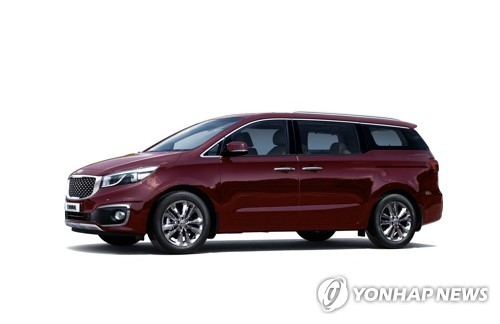 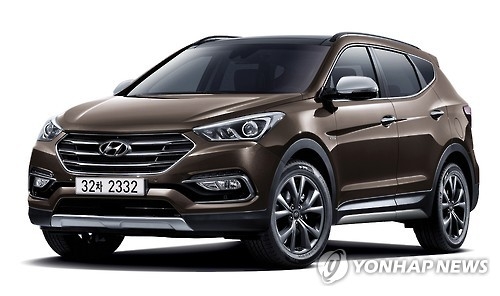 Hyundai's sales fell 8 percent to 69,265 units last month from 75,310 in the same period of last year. The decline was mainly due to a 47 percent drop in sales of the midsize Sonata sedan, the data showed.

Big jumps in the sales of the Santa Fe SUV and the Elantra (or Avante) compact -- which rose 75 percent and 43 percent, respectively, from a year earlier -- kept the carmaker's March sales from falling further in the U.S.

Kia's sales fell to 49,429 units last month, down 15 percent from 58,279 a year earlier. All models suffered falls, but some of the best-selling ones saw bigger drops, such as the Soul and Sedona, whose sales fell 30 percent and 35 percent, respectively.

Sales of the Sorento and Sportage SUVs also fell 22 percent and 18 percent, respectively, during the same period.