Brands were evaluated with figures between 4 and 9, with a higher figure indicating that the companies appealed more to younger consumers and were considered "cool." A similar survey was also conducted to keep track of consumer awareness, which gave figures up to 10 to each brand.

Samsung posted a figure between 7 and 7.5, among millennials, similar to U.S. archrival Apple Inc. Its brand awareness also hovered between 8.75 and 10.

Samsung was viewed as being cooler than its Japanese rival Sony Corp. and global coffee chain Starbucks among millennials, the report showed.

As for teens aged from 13 to 17, Samsung also received a figure between 6.5 and 7, which was similar to Starbucks, Coca-Cola, Microsoft and Nintendo. Apple received a higher grade compared with Samsung among teens with a reading of 7.5. 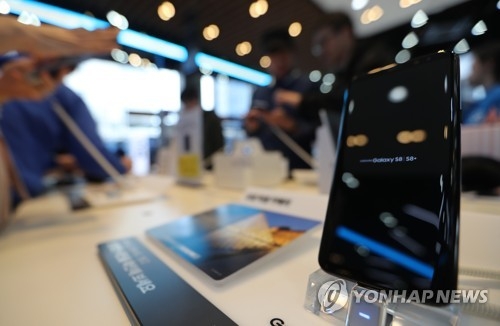