SEOUL, April 4 (Yonhap) -- Chinese travelers' preference for South Korea plunged over the past year, a survey showed Tuesday, apparently from the tension between the two countries over the deployment of a U.S. missile defense system.

A poll by Ctrip, a leading online travel services agency in China, ranked South Korea 16th in the list of favored destinations by Chinese travelers, a big fall from third place last year.

Japan, Thailand and the United States were the most preferred countries. England, France, Italy and New Zealand joined the top 10.

South Korea decided to host the U.S. anti-missile shield Terminal High Altitude Area Defense, or THAAD for short, on its soil despite China's fierce opposition. Relations between them have since deteriorated as China launched retaliatory measures by turning back imports from South Korea, ordering the suspension of South Korean businesses in China, and canceling cultural and entertainment events.

Such retributions have severely hurt South Korea's tourism and services industries that have grown reliant on big Chinese spenders. The Ctrip survey said 50 percent of the respondents expected to spend more than 10 percent of their income on travel. Fifty-seven percent answered they have set aside over 10 percent of their earnings for trips scheduled for the year.

Factors considered in selecting tour destinations included safety, the highest at 31 percent, reflecting growing concerns over terrorist attacks. Environment came next at 25 percent, followed by 15 percent who cared about people's friendliness toward the Chinese.

Quality of offered services (33 percent), credibility of the travel agency (24 percent), and price (18 percent) mattered when choosing the agency and tour programs, the survey showed.

Preference for free travel over package tours, 59 percent to 30 percent, indicated that Chinese trip makers have built up enough experience and information to arrange their own trips.

"It appears that the focus should be on free travel or tailored travel programs rather than group packages when it comes to attracting Chinese tourists," an official at the Korea Trade-Investment Promotion Agency's office in Chengdu, China, said. "We would also need to be attentive to safety issues, environment and cost effectiveness." 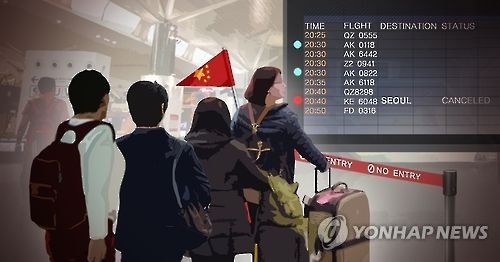