SEOUL, April 4 (Yonhap) -- Railway accidents and accidental deaths have decreased gradually in recent years, official data showed Tuesday, as the government has invested heavily in the building of screen doors separating railway tracks and platforms and the renovation of old railroad facilities.

The number of railway accidents fell to 123 cases last year from 138 the previous year, the data by the Ministry of Land, Infrastructure and Transport said.

The 62 accidental deaths related to railways last year break down to 35 presumed suicides, 18 deaths by trespassing and two from falls at railway construction sites. There was no data for the remaining seven deaths.

"The number of accidental deaths at railways has dropped as we've enhanced railway facility safety by building screen doors and renovating old railroad facilities," a ministry official said. "We will complete the installation of screen doors at 910 railway stations across the country by the end of this year and continue to renovate old trains and railway facilities so we can reduce railway accidents by 30 percent by 2020." 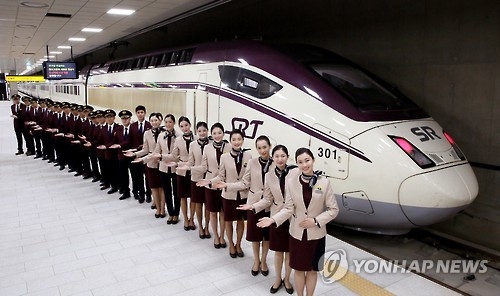