The swift passage of the bipartisan measures, which came just five days after they passed through the House Foreign Affairs Committee, was seen as a message to China in the run-up to the first summit talks between U.S. President Donald Trump and Chinese President Xi Jinping.

The North Korea State Sponsor of Terrorism Designation Act (H.R.479), which was introduced by Rep. Ted Poe (R-TX) in January, was approved in a 398-3 vote, while the resolution on the North's missile development passed in a 394-1 vote.

The terrorism bill requires the State Department to submit a report within 90 days after the bill's enactment on whether Pyongyang meets the criteria for a terror sponsor. In the event the department determines the North doesn't merit the designation, it should also offer a detailed justification for the decision.

All evidence shows that the North was behind the slaying, though the regime denies its involvement.

The North was put on the U.S. terrorism sponsor list for its 1987 midair bombing of a Korean Airlines flight that killed all 115 people aboard. But the U.S. administration of former President George W. Bush removed Pyongyang from the list in 2008 in exchange for progress in denuclearization talks.

The resolution was later updated to include an appeal to China to "immediately cease its diplomatic intimidation and economic coercion against South Korea" for Seoul's decision to host the U.S. THAAD missile defense system.

China has taken a number of economic retaliatory measures, including restrictions on South Korean imports and a ban on Chinese tourists from visiting the neighboring nation, as Seoul refuses to give in to Chinese pressure to scrap the decision.

"The North Korean threat is urgent and real. Experts predict North Korea will be able to hit the U.S. with an ICBM in less than four years. Meanwhile, Kim Jong Un is taking aggressive steps to make North Korea a fully armed nuclear state," Rep. Ed Royce (R-CA), chairman of the House Foreign Affairs Committee, said in a statement.

South Korea's foreign ministry assessed the swift passage of the bill and the resolution as a reflection of a "tough bipartisan" stance in the U.S. Congress against the North, saying that it sent a clear message involving major issues ahead of the upcoming summit between the U.S. and China.

The ministry also pledged to keep working hard going forward to deal with North Korea and its nuclear threat through the South Korea-U.S. alliance and bipartisan support from lawmakers in Washington. 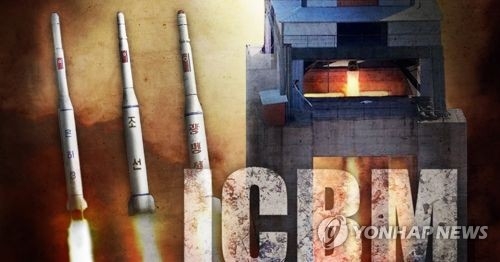