The questioning began at 10 a.m. at a detention center in Uiwang, south of Seoul, where Park is incarcerated.

It ended nearly 11 hours later at around 8:40 p.m., prosecutors said. Park's legal representative Yoo Yeong-ha accompanied her during the interrogation.

Prosecutors originally planned to question the former president at their office, but her lawyer requested it take place at the detention house in consideration of Park's mental condition and security issues.

Park went through a marathon interrogation by prosecutors last month and was arrested Friday on charges of bribery, abuse of power, coercion and leaking government secrets.

The former president was said to have again denied all the allegations.

Both Park and Choi are flatly denying the charges. 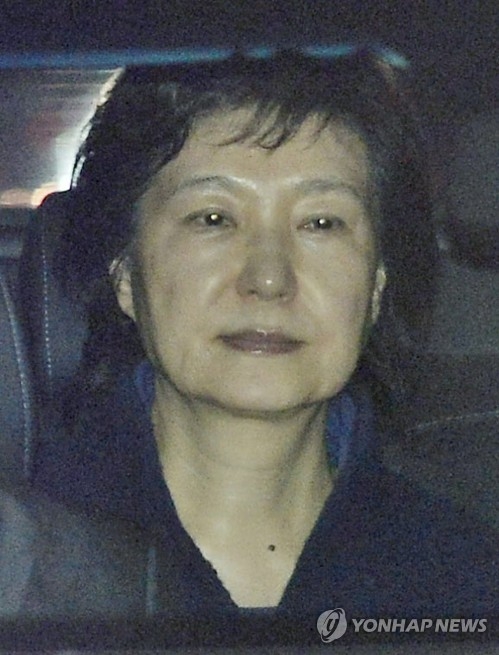