SEOUL, April 4 (Yonhap) -- Exports of South Korean beauty and cosmetics products to Europe have expanded by tenfold over the past seven years, largely driven by surging demand for locally made facial care and makeup items, a report showed Tuesday.

The outbound shipments of Korean beauty products to Europe reached 92.5 million euros (US$98.6 million) last year, compared with 9.2 million euros tallied for 2009, according to the report by the Korea Trade-Investment Promotion Agency (KOTRA).

South Korea's share in the European cosmetics market jumped to 3.02 percent from 0.54 percent over the cited years, placing the country as the sixth-biggest export partner for the region, the report said.

France showed strong demand for Korean skincare products that come in a wider range for different skin types, while Germany was one of the biggest buyers of makeup base creams, known as BB or CC creams that tout long-lasting coverage.

The bulk of sales from Italy were generated through online shopping malls as consumers opted to follow beauty trends shared via their Internet blogs that recommended Korean products, the report said. 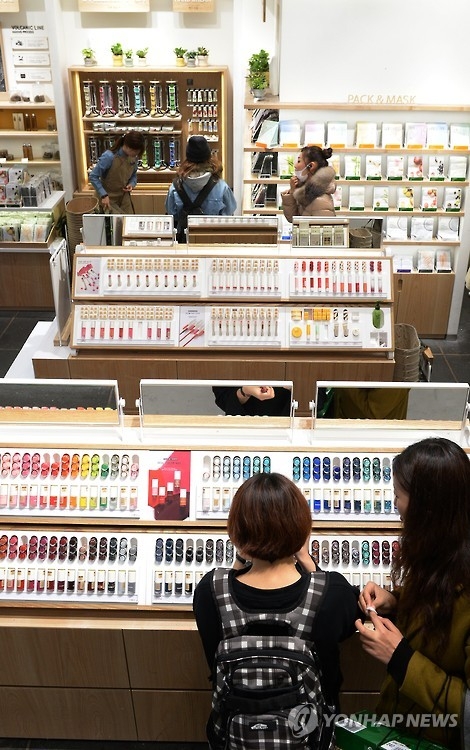