"North Korea is trying to use its illicit cyber activities to bypass the tightened sanctions and bring in cash to finance WMD development," Vice Foreign Minister Ahn Chong-ghee said in his opening speech to the Inter-Regional Conference on Cyber-ICT Security in Seoul.

"It is believed that North Korea hackers were behind the bank heist of US$81 million from the Central Bank of Bangladesh in February 2016. And the network of its IT workers abroad is being utilized for financing Pyongyang's WMD program," Ahn said, stressing North Korea's growing cyberthreats. 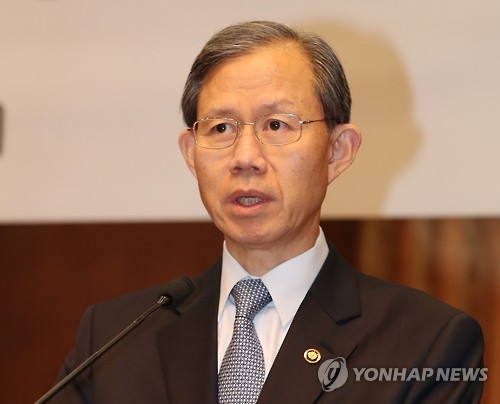 "With the toughest yet international sanctions regime in place, North Korea might become more dependent on illicit activities including cybercrimes, to generate income," according to the vice minister. "Now is the time for the international community to act in unison in responding to North Korea's cyberthreats and efforts to dodge sanctions."

Ahn said North Korea is now believed to rank 8th for its cyber offensive capability in the world, and its hacking attacks now pose a global threat.

"As seen in its hacking of Korea Hydro & Nuclear Power Co. in 2014, North Korea continues to carry out malicious cyberattacks against our critical infrastructure, such as government agencies, media and financial institutions," according to the diplomat. "The cyberattack on Sony Pictures Entertainment in 2014 demonstrates that its cyberthreat is now of global concern."

He said North Korea's cyberthreat is only a part of its asymmetric capabilities.

"On numerous occasions, the North has publicly announced that it will continue to strengthen its nuclear and missile capabilities," he said, adding that Seoul is carefully monitoring the likelihood of Pyongyang's further provocations.

The global cybersecurity conference, co-hosted by Seoul and the Organization for Security and Co-operation in Europe (OSCE), kicked off its two-day run earlier in the day.

The cybersecurity conference brought together about 100 experts and policymakers from OSCE member countries, the organization's cooperation partners and those of the ASEAN Regional Forum to discuss regional and global cooperation on the issue, drawing up rules and regulations in cyberspace, as well as global efforts to fight North Korea's cyberthreats.

N.K. eyes cash via cybercrimes to tide over sanctions: diplomat

N.K. eyes cash via cybercrimes to tide over sanctions: diplomat