Several others, including independents, have been nominated or declared their bid for the May 9 election. However, many political observers here said the election will largely be a five-way competition, involving the candidates of the five parties in parliament.

Ahn Cheol-soo of the center-left People's Party was the last to join the race as he won the party's nomination in a drawn-out primary that ended Tuesday.

The co-founder and former chief of the party won all seven rounds of the primary to be named the party's standard-bearer in the upcoming election.

The largest Democratic Party has named its former chief Moon Jae-in as its candidate in the presidential election.

Moon has been leading most recent polls on the election with the whole political pendulum said to have swung in favor of the liberal bloc following a massive corruption scandal involving ousted President Park Geun-hye. 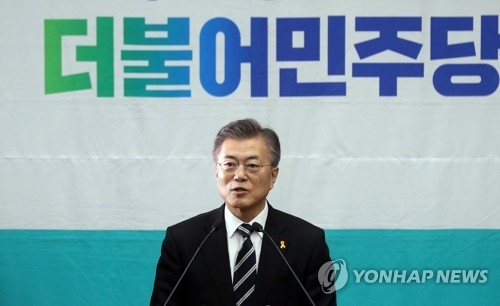 Ahn has steadily risen in polls as a powerful challenger to the presdiential front-runner, spawning speculations the upcoming election could in fact boil down to a duel between the two liberal candidates.

Moon and Ahn had merged their candidacies in the 2012 presidential election. Moon, despite Ahn's blessing, lost the election to the then ruling conservative party candidate Park Geun-hye. 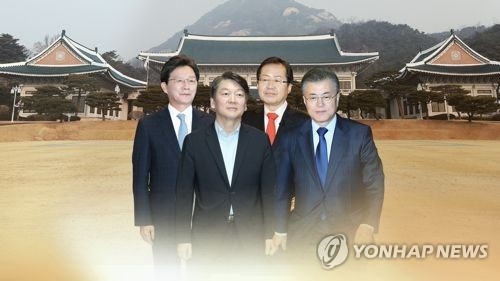 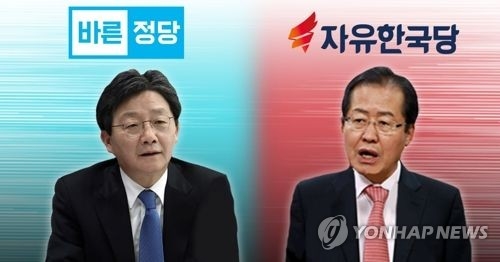