SEOUL, April 4 (Yonhap) -- The number of vehicles sold in China by Hyundai Motor Co. and Kia Motors Corp. in March fell sharply from a year earlier due to the ongoing trade row between Seoul and Beijing over the deployment of a U.S. anti-missile system, the companies said Tuesday.

The sharp decline in China sales came amid escalating tension between the two trade partners over the stationing of the Terminal High Altitude Area Defense (THAAD) system on South Korean soil.

China has explicitly opposed the THAAD deployment, arguing the system could be used against it. Seoul and Washington countered that the system is only aimed at defending against nuclear and missile threats from North Korea.

Some consumers and companies in China have joined the government-led economic sanctions against South Korea and are holding campaigns against Korean-made vehicles and other products. 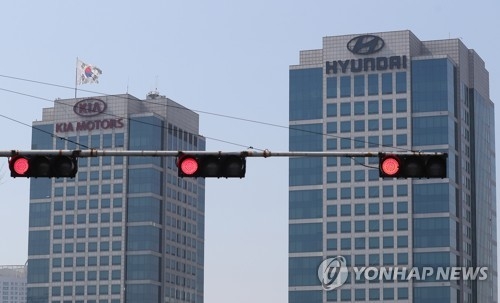 If the current trade row continues, analysts said the carmakers will definitely sell fewer autos in the world's biggest automobile market this year.