SEOUL, April 4 (Yonhap) -- A 66-year-old supporter of ousted President Park Geun-hye has been indicted on charges of hijacking a police bus and killing another participant in a protest rally against the president's removal from office last month, prosecutors said Tuesday.

The man, identified only by his surname Jeong, is accused of ramming a bus against other buses during the protest on March 10, causing a 100-kilogram police speaker to fall on another protester, according to the Seoul Central District Prosecutors' Office.

The victim, identified only by his last name Kim, 72, was rushed to a hospital, but was pronounced dead the same day. 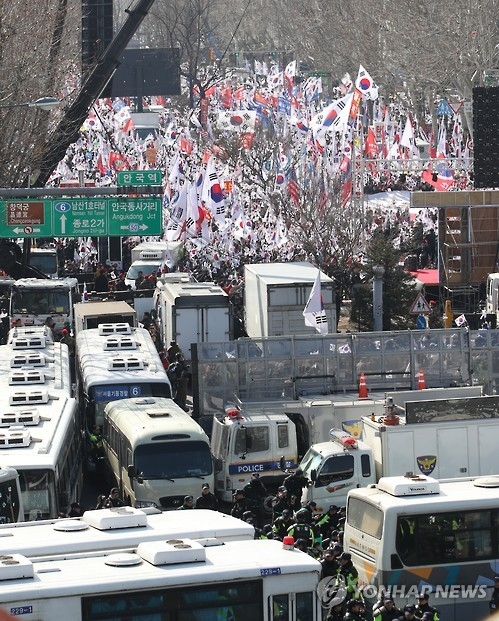