GANGNEUNG, South Korea, April 4 (Yonhap) -- PyeongChang Winter Olympic organizers remained hopeful on Tuesday that National Hockey League (NHL) stars will come to South Korea next year, despite the league's announcement that it will not send its players.

The NHL said earlier in the day that it will finalize its 2017-2018 regular season schedule "without any break to accommodate the Olympic Winter Games."

If the NHL's stance doesn't change, PyeongChang 2018 will be the first Winter Games without the world's best hockey players in 20 years.

Sung Baik-you, spokesman for PyeongChang's organizing committee, said he was still hoping that the relevant parties will come to "a positive conclusion."

"There's still some time left," Sung told Yonhap News Agency. "And I think all parties will continue to have discussions."

The involved parties had been haggling over the cost of the players' travel and insurance, and the NHL team owners in particular have been concerned about injuries to star players at a point in the season when clubs are making playoff pushes. The 13-hour time difference between South Korea and the U.S. Eastern Standard Time zone has also been cited as an issue.

NHLPA and players hammered the league's announcement, saying they were disappointed with a "shortsighted" decision and that the NHL has squandered a chance to showcase hockey and its greatest stars on the biggest stage. Russian star Alex Ovechkin has said he'll leave his Washington Capitals to compete at the Olympics regardless of the NHL's decision.

Since men's hockey is one of the glamorous events of the Winter Olympics, the absence of NHL stars will certainly affect ticket sales for PyeongChang.

South Korea has received an automatic berth in the men's tournament as the host, and has been paired with Canada, the world No. 1 and two-time reigning Olympic champion.

If the NHL's decision isn't overturned, it will rob South Korean fans of a rare chance to see Canadian stars, from Sidney Crosby to Jonathan Toews and Connor McDavid. 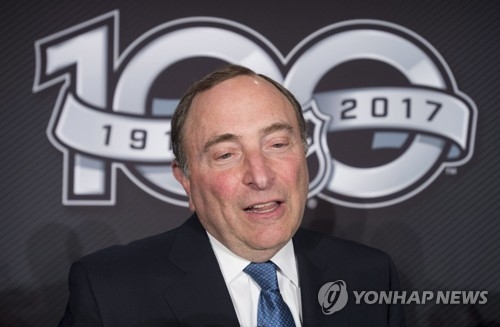