Under an agreement signed between Facebook and two institutions under the Ministry of Science, ICT and Future Planning, 10 AR and VR startups will be given an opportunity to pitch their business ideas and receive assistance from the global tech firm to advance in Silicon Valley.

Also the startups will receive mentoring services from engineers of the U.S.-based VR platform Oculus for the first time. The company was purchased by Facebook in 2014.

"Our mission is to make the world more open and connected," Alex Stamos, chief security officer of Facebook, told reporters. "Facebook would like to help promising startups connect to the rest of the world."

Over a period of 10 weeks, the young entrepreneurs from the startups will be given an opportunity to develop their business ideas with the cooperation of U.S. accelerators and venture capital firms.

The 10 startups, which will be chosen through a public competition and judged by a group of South Korean industry experts, will pitch their ideas at a demo day scheduled for July.

In a bid to tap deeper into the burgeoning VR and AR markets, Facebook has been making efforts to develop not only VR hardware but also software since acquiring Oculus.

The global virtual reality (VR) market is forecast to reach US$11.2 billion in 2020, according to the data compiled by industry tracker IHS. The global market for VR headsets will reach $7.9 billion, with that for VR entertainment to hit $3.3 billion.

"Facebook hopes to find quality technology through this project and possibly even acquire the technologies through aggressive M&As," said Park Dae-seong, a Facebook Korea official.

The partnership is a pilot program of the "Technology Revolution Together" project spearheaded by the ministry to join hands with leading ICT firms amid a fast-paced industrial transformation that is taking place. The changes underway are referred to as the fourth industrial revolution.

As South Korea aims to become a global powerhouse in the sectors, the government earlier announced that it will push to nurture VR and eight other key IT fields as new growth engines.

In the VR sector, the Ministry of Science, ICT and Future Planning said South Korea's goal is to narrow the technology gap with the market leader, the United States, by 2020.

The ministry said it will spend a total of 400 billion won ($360 million) in the sector by 2020, as the government needs to unify R&D efforts by various companies and government institutions. 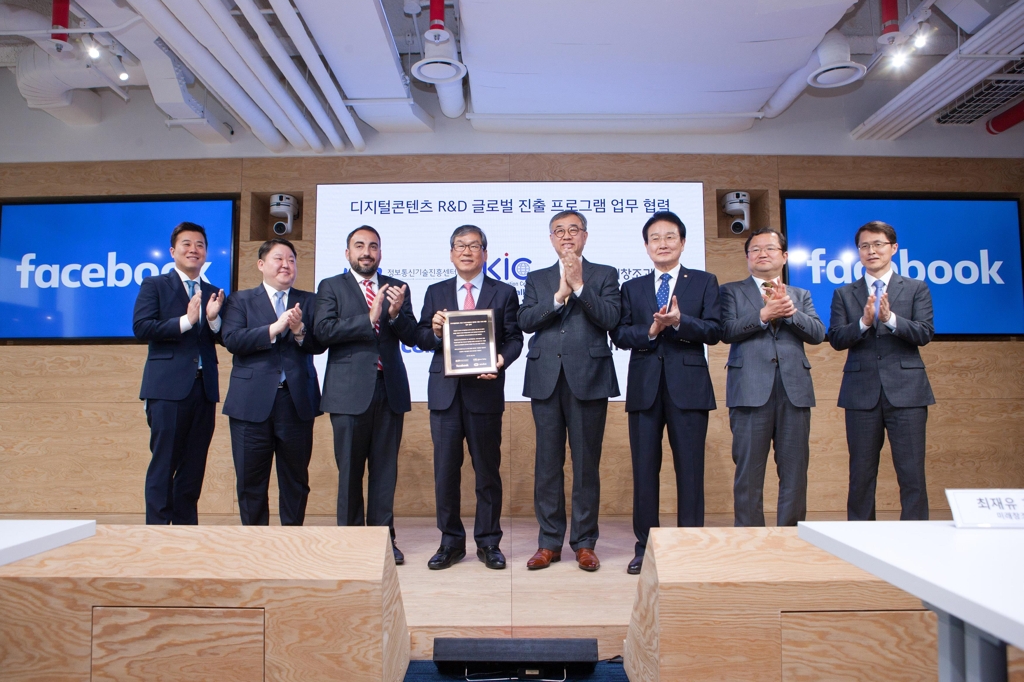