SEOUL, April 4 (Yonhap) -- South Korean soprano Yeo Ji-won, known to the outside world as Vittoria Yeo, had remained largely unknown even to her native countrymen. That was until renowned Italian conductor Riccardo Muti picked her up for the main role of Verdi's opera "Ernani" in August 2015 during the Salzburg Festival.

"I hadn't had much experience on the global stage, so I didn't know much about the Salzburg Festival. I was just grateful that he picked me. But I was really surprised to learn about the prominence of the festival," Yeo told Yonhap News Agency during an interview in Seoul on Monday.

A graduate from Seoul's Seokyeong University, the 36-year-old didn't consider herself truly gifted. She felt she was weak especially in high notes. She moved to Italy to further study opera singing.

"I was a girl who liked to sing. But I was never a girl who sung well. It was the second year in high school that I belatedly started learning opera singing in earnest. In my university years, again I wasn't among the best singers," she said.

Even when she decided to go to Italy to study, people close to her were not very supportive of the plan because they thought it wouldn't make much difference, she added. 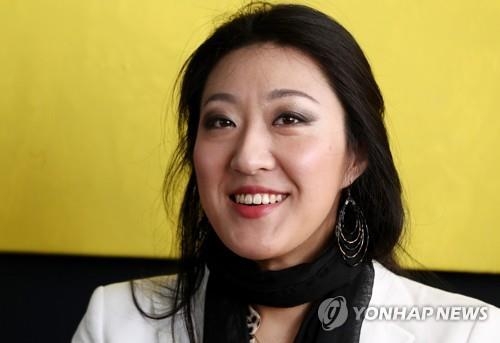 Ten years of living and learning abroad was such a precious and enjoyable time, she said.

"I was far from perfection and I knew it. So I was neither easily disappointed nor tired. I always tried to find a solution. I put myself up for a test, fix anything necessary and change wherever I can. The whole process was always fun to me. I wasn't easily fazed by musical difficulties I faced."

She improved techniques and singing skills and fixed weaknesses bits by bits over the years.

In 2013, she performed in Verdi's opera "Macbeth" during the Ravenna Festival. The festival's producer happened to be Muti's wife Cristina Muti. The maestro accidentally saw her performing during a rehearsal and was said to be impressed. A year later, she joined an audition for "Ernani"

Later this week, she is scheduled to perform in Gyeonggi and Seoul for the "Verdi Concert" with Muti. In August, she will join the Salzburg Festival again for "Aida" again with the maestro.

For countless juniors who follow the same path as she did, she advised they follow their hearts.

"If you set your mind on doing things that you really like, you won't get easily tired. The mindset will be a driving force for your life. You don't have to be somebody to be happy."