(ATTN: UPDATES with more details at bottom)
By Chang Dong-woo

SEOUL, April 4 (Yonhap) -- In South Korean culture, the number four is often considered bad luck. For example, it's very common to find the Arabic numeral "4" replaced with the letter "F" in elevators.

But South Korean idol group WINNER of YG Entertainment is apparently enamored with this taboo number, releasing its new EP album "Fate Number For" at exactly 4 p.m. on April 4. The reason? To highlight its realignment into a four-man team following the departure of member Nam Tae-hyun last year due to health issues.

"We want to show all of our colors as a four-member team. We think we worked hard to turn over a new leaf (in WINNER's history)," Kang Seung-yoon, team leader of WINNER, said Tuesday during a group media interview at a YG Entertainment showroom in northern Seoul. 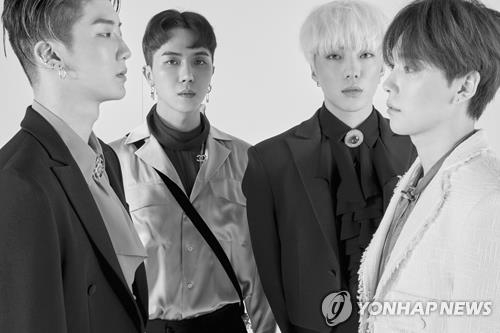 Kang admitted that he never really had a particular interest in the numerical value of four, but said "I've got to like it."

Kang, a former top four finalist at audition show "Superstar K," is the primary songwriter for both songs.

"Compared to our previous music which is seen as mature or emotional, we tried to deliver a young and fresh story in 'Really Really.'" The black and white music video for the song was shot in Los Angeles and directed by well-known music video director Dave Meyers.

"We initially had high hopes on working with a master director but were later disappointed. But CL put in a word for us as she was close with Dave Meyers, that we were a promising team and won't have problems with communication," said Lee, noting that CL also gave a lot of useful tips on music video filming.

Nam Tae-hyun's abrupt departure last year was and remains a giant elephant in the room for WINNER, which is trying to rebrand itself and start fresh as a four-member team. When asked about the possibility of Nam rejoining, the team acknowledged the possibility of returning to a five-member group.

"We don't contact him that often. I don't know. If given a chance, we have the history of having five members. Returning (to that day) could be a possibility." Kang said. 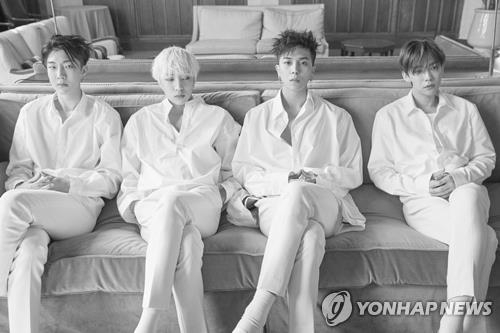 The unforeseen hiatus provided an opportunity for the members to reflect as artists and as individuals, the team said.

"I was impatient from the sudden vacuum in activities but later saw it as time given for myself. I became more mature and more relaxed. As a person I think I matured within," said Kang.

"I practiced a lot on my singing and also did some modern dancing through the 'Little Prince' performance. I learned a lot from the experience on stage expression and confidence," Kim said.

On comparisons to BIGBANG, Kang said: "We aim to become a group that constantly matures like BIGBANG and hope to possibly be a group that can replace BIGBANG."

"But, first and foremost, we need to pursue our own music. We want to become an artist that can hold onto a turf of our own."