SEOUL, April 4 (Yonhap) -- The heads of the United Nations and the Organization for the Prohibition of Chemical Weapons (OPCW) have sent a letter to North Korea, issuing a warning over the regime's use of a prohibited chemical weapon in the recent assassination of the North Korean leader's half brother, according to the foreign ministry here on Tuesday.

The letter signed by U.N. Secretary-General Antonio Guterres and OPCW Director-General Ahmet Uzumcu was sent to North Korean Foreign Minister Ri Yong-ho on March 30 in link with the use of VX nerve agent in the killing of Kim Jong-nam, foreign ministry spokesman Cho June-hyuck said in a press briefing. 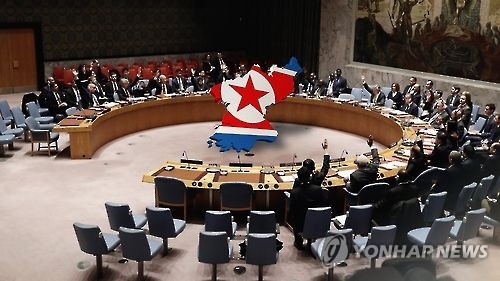 Kim, the elder half brother of North Korean leader Kim Jong-un, was killed at Kuala Lumpur International Airport on Feb. 13 after two women rubbed the fatal chemical on his face. The Malaysian police said several North Koreans were behind the killing.

The spokesman said the dispatched letter urged North Korea to join the Chemical Weapons Convention (CWC), a global arms control treaty which prohibits the production and use of chemical weapons. North Korea is one of a few countries that are not a signatory of the CWC.

Signing into the CWC means a country should discard all its chemical weapons and come under surveillance by the OPCW, which administers the treaty, Cho also said.

The recent assassination freshly reminded the international community of the significance of the chemical weapons threat posed by North Korea.

South Korean Foreign Minister Yun Byung-se called for a strong response from the international community to the threat during the Conference of Disarmament held in Geneva on Feb. 28.