SEOUL, April 4 (Yonhap) -- South Korea is closely communicating with the United States on North Korea and other major issues ahead of the upcoming summit talks to be held between the U.S. and China this week, the foreign ministry here said Tuesday.

U.S. President Donald Trump is to meet with Chinese President Xi Jinping in their first summit on Thursday and Friday (local time) in Florida. North Korea's growing nuclear and missile threats are expected to be one of their major topics. 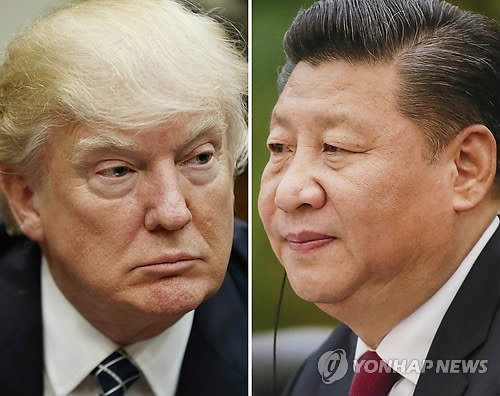 "We are having close coordination with the U.S. on major issues such as the THAAD deployment, a series of actions taken by China following that decision, and North Korea's nuclear problem," Cho June-hyuck, foreign ministry spokesman, told a regular press briefing.

"In particular, sharing the idea that China's role is more important than anything else in denuclearizing the North, the two are in constant and close consultation," he added.

The spokesman also said that the Trump-Xi summit will serve as an important chance in efforts to resolve the nuclear stalemate, citing U.S. Secretary of State Rex Tillerson's recent visit to Seoul during which he placed emphasis on China's role in applying more pressure on the North.

S. Korea in close consultation with U.S. on N. Korea ahead of Trump-Xi summit

S. Korea in close consultation with U.S. on N. Korea ahead of Trump-Xi summit