SEOUL, April 4 (Yonhap) -- North Korea appears to stress the importance of increasing corporate profits, an indication of a shift in its economic policies from centralized planning, according to a North Korean university's newspaper obtained Tuesday by Yonhap News Agency.

The newspaper, published by Kim Il-sung University, North Korea's top university, on March 5, 2017, carried an article saying, "Net profits gained by individual corporations are fundamental to the establishment of a powerful economy."

The article, titled "Establishing Way of Economic Management in Our Own Style Leads to Basis of Economic Powerhouse," apparently lays emphasis on individual corporations' profits becoming the financial basis for economic development, encouraging the corporate sector to make more profits.

"All corporations should set up scientific strategies and management strategies of their own and ensure they have the maximum effect in their production and management activities so that they could fulfill their duties to provide the state with more profits," the article said.

This is interpreted as the North Korean economic authorities' request that corporations focus their management activities on seeking effect and profits rather than relying on centralized planning and guided management.

Since the North's current leader Kim Jong-un came to power in 2012, the North has taken measures to achieve economic reforms aimed at expanding elements of the market economy, including the country's new economic management system announced in June 2012. 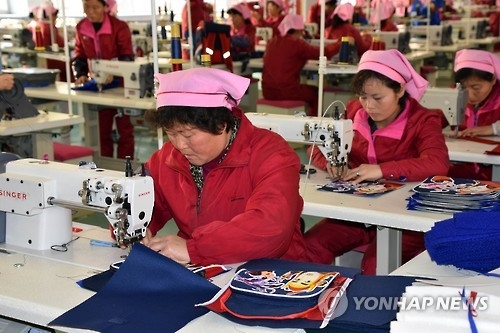 The university's newspaper also indicated that the North has introduced a set of measures to strengthen corporations' autonomy to its economy. Under the implementation of the measures, called "the socialist corporate responsible management system," companies are given more autonomy than ever in their management and take care of economic problems arising from their production and management processes on their own, according to the article.

But the article made sure that the ruling party will not depart from its control on the economy, saying, "In our country's socialist system, corporations' independent management activities are to be carried out under the guidance of the party right down the line.

Cho said the North appears to support its finance by spurring corporations into increasing profits amid the implementation of U.N. sanctions aimed at halting Pyongyang's nuclear and missile development.