Michael Hayden, who served as CIA director from 2006 to 2009, expressed the concern during a discussion at Johns Hopkins University's School of Advanced International Studies, stressing that North Korean provocations aren't "just designed to be provocative."

"Lots of technical problems ... I get it. It's probably a low probability shot but then I actually said this in Seattle, what kind of odds are you comfortable with, ok, if they would decide to do it? I do believe there's an inexorability about this," he said.

Hayden, a former Air Force general, recalled former Director of National Intelligence James Clapper saying that it would be a nonstarter for the North to give up its nuclear program and the best possible solution to the problem would be to put a cap on the program.

"Jim Clapper just left as DNI. Jim kinda put the cards face up that we knew and he said it publicly in the world wide threat briefing about a year and a half ago — he said these guys would be crazy to stop this program," Hayden said. "They're not irrational."

Hayden said China takes North Korea as if it's a "bad toothache," but keeps taking painkillers instead of going in for a root canal, referring to Beijing's reluctance to exercise more of its leverage over Pyongyang to rein in the regime.

One of the ways to get China to take action is to make "the toothache hurt more," he said.

"Frankly, we did that. President Obama did that with the deployment of THAAD," Hayden said, referring to the U.S. Terminal High Altitude Area Defense system being deployed in South Korea.

"We planted this high-end air defense system in South Korea that has obvious implications for the Chinese because the radar fans go all the way through Manchuria," he said. "There are things like that, actions we could take that are logical and useful to defend against this particular kind of threat that we should not forgo merely because it would upset the Chinese."

Deploying THAAD to Japan is a way to increase pressure on China, he said. 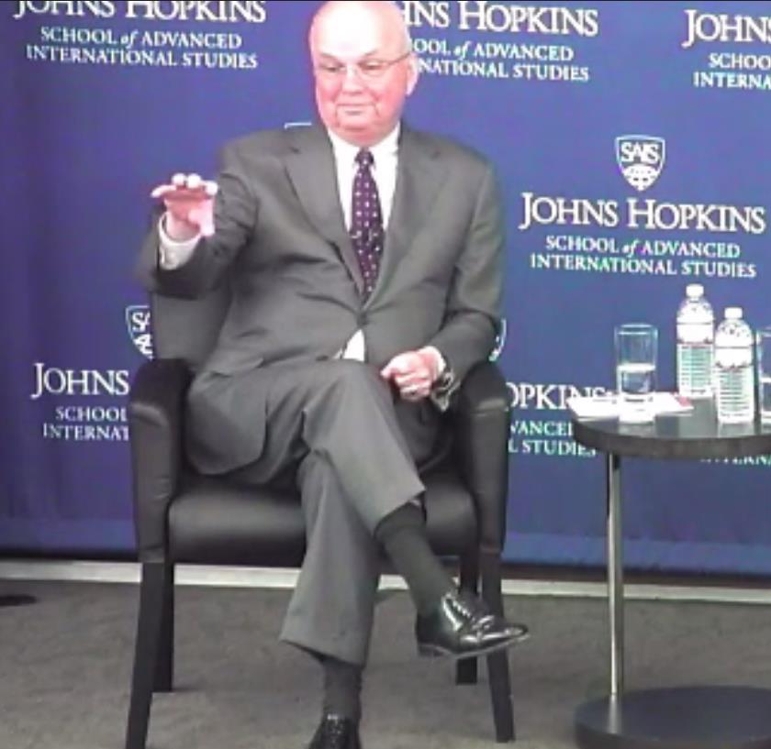 N.K. likely to be capable of striking Seattle with nuclear weapon within Trump's term: ex-CIA chief

N.K. likely to be capable of striking Seattle with nuclear weapon within Trump's term: ex-CIA chief