SEOUL, April 5 (Yonhap) -- High-class hotel chains in South Korea are scrambling to reshape their brand image by changing their names and through remodeling efforts, as they compete to attract customers in an increasingly tough market, industry sources said Wednesday.

SK Networks said the Vista Walker Hill will be run as an independent Korean brand.

Ritz Carlton Seoul has been closed for remodeling since the beginning of this year. The hotel, which was built in 1995, plans to spend some 110 billion won (US$97.7 million) on the project. The hotel will also be renamed Le Meridien, it said.

The refurbishment effort in the hotel industry came as the hospitality sector in South Korea is increasing becoming a red ocean market in the face of fierce competition to secure guests.

Most of these high-end hotels are a few decades old, which prompted the operators to carry out renovations as part of the branding upgrade.

Also, there are royalty issues, some industry sources said. The hotels that had partnered up with international brands paid some 15 percent of their revenue in royalties, which cut into their earnings, the sources said.

In September, another exclusive hotel, jointly built by Ambassador Hotel and the French hotel chain AccorHotels, is set to open in Yongsan in Seoul, followed by Marriott Hotel's plan to open a Four Points by Sheraton business and travel hotel in November in the posh southern capital district of Gangnam. 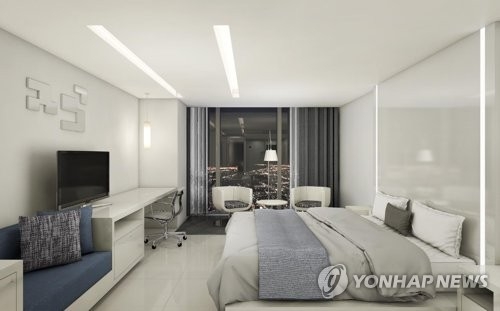 Luxury hotels compete to rebrand themselves to attract customers

Luxury hotels compete to rebrand themselves to attract customers