The market for coffee mix shrank from nearly 1.24 trillion won (US$1.1 billion) in 2012 to 910 billion won last year on four consecutive years of minus growth. Last year's sales were down 7.2 percent from the year before.

Sales for instant drip coffee have been growing during the same years, reaching 162.7 billion won last year for an 18.4 percent on-year jump. Industry watchers expect sales to expand about 25 percent this year to put them past 200 billion won.

KANU from Dongsuh Food currently dominates the market with 84.1 percent.

Instant drip coffee caters to customers in quality and price. It is about 1.6 times the price of coffee mix but offers a taste close to coffee from leading brewed brands that are priced some 20 times higher.

Industry officials say that coffee mix has been popular with the baby boom generation for its convenience when there were no other alternatives, but people now are looking for more premium products.

"The market for coffee mix will contract more as people of the baby boom generation retire," an official at Dongsuh Food said. "The market for instant drip, however, is expanding at a high speed. We are expecting double-digit growth again this year." 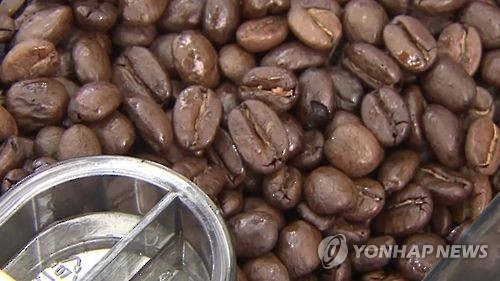