The South Korean tech giant said the OLED display equipped in the new flagship received the "Excellent A+" grade from DisplayMate.

"The Galaxy S8 is the first in a new generation of OLED smartphones that have a Full Screen Display design. It is the most innovative and high performance Smartphone display that we have ever lab tested, earning DisplayMate's highest ever A+ grade," the evaluator said.

Samsung showcased the Galaxy S8 and Galaxy S8 Plus smartphones in late March, which come with a 5.8-inch screen and a 6.2-inch panel, respectively. Both boast double-edged Super AMOLED screens that give the illusion of having no bezels.

The Galaxy S8 also received the Mobile HDR Premium certificate from the UHD Alliance for the first time as a smartphone.

The UHD Alliance is made up of major consumer electronics brands, content distributors from around the globe and Hollywood studios, which have come together to establish new standards for the Ultra HD ecosystem.

Samsung, meanwhile, said it has joined Milan Design Week 2017 in cooperation with Zaha Hadid Architects which runs through Sunday. By taking part in the event the tech giant aims to promote the story behind the design of Galaxy S8.

The design of the Galaxy S8 was unique as the device was "bezel-less," allowing the "Infinity Display" to take up more than 80 percent of the front of the device, providing users with a very immersive experience. 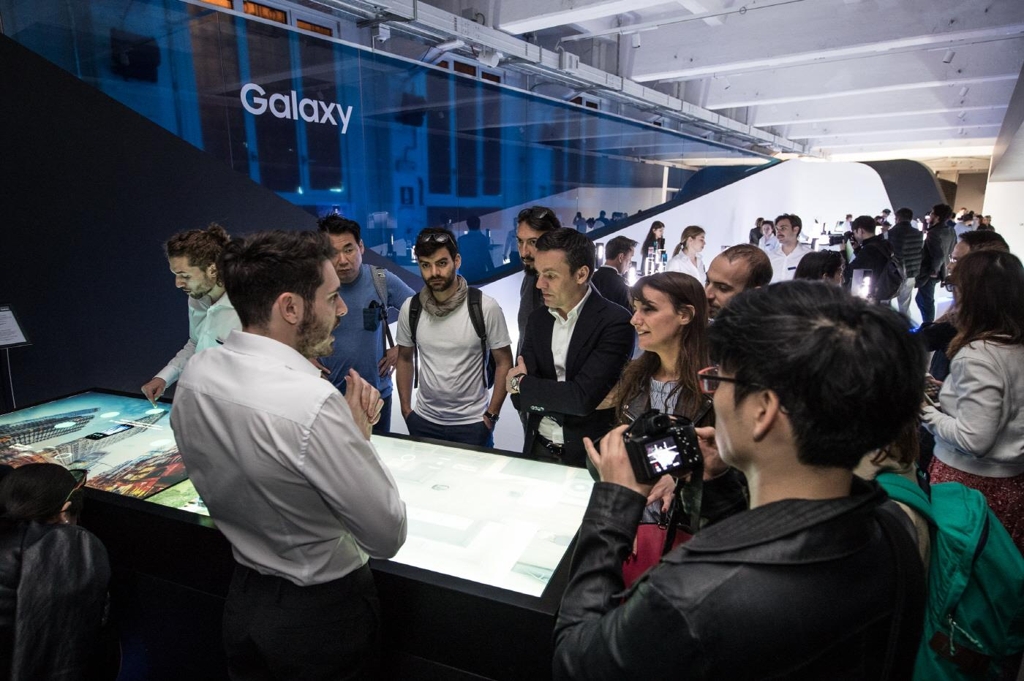