SEOUL, April 5 (Yonhap) -- Nearly half of South Korea's companies were exempted from corporate tax in 2015, government data showed Wednesday, as many experienced a deficit due to the prolonged economic slump.

"They did not pay corporate taxes as they were in the red due to a slump in business," an NTS official said.

About 46.8 percent, or 8.1 million, out of the country's total 17.3 million salaried workers also were exempt from earned income tax due to a lack of taxable income in 2015.

The dramatic surge was attributed to a tax law revision which allowed many low-income earners to be eligible for tax exemption rather than paying low rate taxes.

The NTS data also showed the top 1 percent of corporations paid 75.9 percent of the total corporate tax while the top 10 percent paid 91.7 percent in 2015. 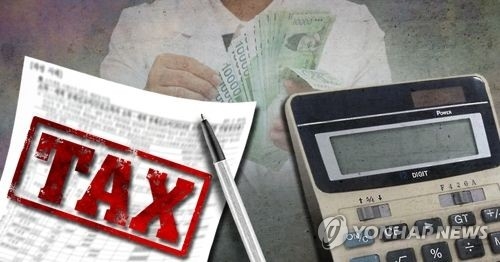 Half of businesses exempted from corporate tax due to business slump in 2015: data

Half of businesses exempted from corporate tax due to business slump in 2015: data