Tuesday's night's episode four of "Whisper" recorded 15 percent viewership nationwide, according to Nielsen Korea. Ratings for in and around the Seoul area stood at 16.7 percent.

Starring actress Lee Bo-young, "Whisper" debuted at No. 1 on March 27 on the heels of the success of preceding show "Defendant."

Lee plays Shin Young-joo, a homicide detective who seeks revenge on Lee Dong-joon, a corrupt judge played by Lee Sang-yoon, who wrongfully convicts her father of murder. Throughout her quest, Shin ends up falling in love with her nemesis.

But it wasn't without competition, as "Rebel," in a heated race, took over the lead the following day.

The first three episodes of "Whisper" were panned by TV critics, many of whom saw character and plot developments as being half baked and boring, while lead star Lee's acting was received as cringe-inducing and overdramatic.

But the latest episode seemed to free itself from what many saw as plain boredom, while better defining and highlighting the series' core conflict structure between Lee and Lee Sang-yoon's character. 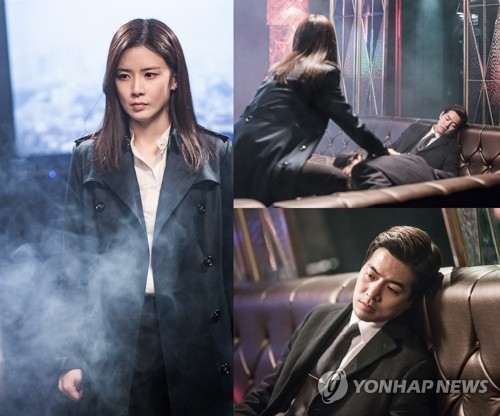