Bank of Korea Gov. Lee Ju-yeol said boosting income through job creation is "the most desirable and fundamental solution" for a domestic consumption recovery. 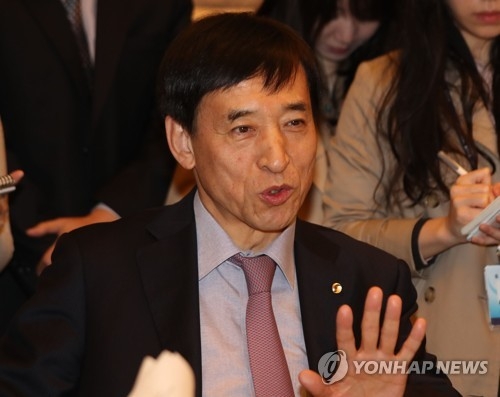 He made the comments at a meeting with several economic experts at the bank's headquarters in central Seoul.

Last year, the South Korean government set aside an extra budget of 11 trillion won (US$9.7 billion) to prop up the faltering economy, which grew 2.7 percent due to weak exports and waning domestic demand.

Still, South Korean consumers tightened their belts. The monthly average household spending came to 3.36 million won in 2016, down 0.4 percent from a year earlier, according to government data.

South Korea's jobless rate stood at 5 percent in February -- the highest since January 2010 -- amid increased youth unemployment, according to government data.