SEOUL, April 5 (Yonhap) -- The number of South Korean venture firms run by women has increased gradually in recent years, industry data showed Wednesday, although such firms are still small compared to those managed by men.

As many as 2,923 venture startups were headed by women CEOs last year, according to figures tallied by the Small and Medium Business Administration and the Korea Technology Finance Corporation. The number represents 8.7 percent of the total 33,547 venture firms.

Industry watchers expect such a trend will continue for the time being, noting that younger generation women have begun launching more venture startups.

About 20.6 percent of women CEOs of venture firms were younger than 39 in 2015, according to the data.

Industry observers called on the government to come up with measures to help more women launch venture startups as the country suffers through an economic slump and low birthrate.

The Ministry of Science, ICT and Future Planning announced plans earlier in the day to nurture startups in science and technology as new growth engines for the country struggling amid a protracted economic slump.

The government will establish a 3 trillion won (US$2.7 billion) fund to help young job seekers launch 50,000 new startups on infrastructure for basic sciences and new biotech. 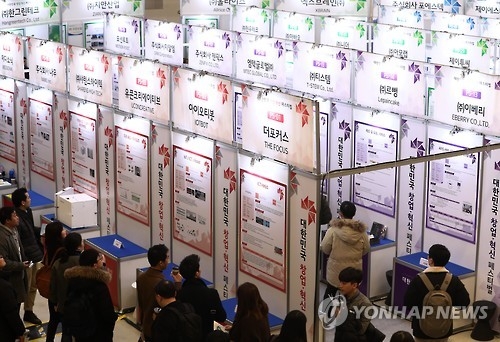