"The PyeongChang Olympics will help reinvigorate the economy and give a good chance to promote the country throughout the world," Finance Minister Yoo Il-ho said during his visit to the venues for the hibernal sporting event slated for February next year.

"The Olympics will help South Korea create more jobs and bolster the tourism industry, providing new momentum for the economy."

South Korea will spend 14.3 trillion won (US$12.7 billion) to build six new stadiums and other infrastructure facilities, including express railways linking the mountainous area of PyeongChang with Seoul.

Yoo also called for expanding overseas promotions to attract more visitors to the country and create an Olympic boom in the world.

The 2018 Winter Olympics will kick off Feb. 8 next year for a 17-day run, with 15 ice and snow events to be held in PyeongChang and its surrounding areas. 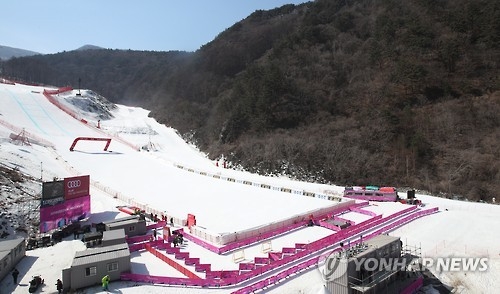