The app, available both on the Android and iOS operating systems, instantly translates texts between Korean and English, the company said. The service will be available in Chinese and Japanese sometime soon.

The homegrown software firm said it has applied a Neural Machine Translation (NMT) system to the translation platform to improve translation quality and reduce errors.

The NMT system is based on a deep learning framework that learns from millions of examples. Unlike previous machine translations, the new system considers an entire sentence as one unit. Previous systems independently translated words and phrases within a sentence.

"The company plans to make inroads into the overseas messenger market by adding more functions other than the AI-based translation function," said Lee Ga-bi, a Hancom official.

The company, well-known among South Koreans for its mainstay word processing computer software based on the Korean language, has been improving its translation software, "Genie Talk," to tap deeper into the burgeoning auto-translation market.

Earlier, the company unveiled a new interpretation wearable. The neckband-style device, which comes with a wireless Bluetooth headset and a microphone, allows a user to talk with people who speak other languages through "Genie Talk." 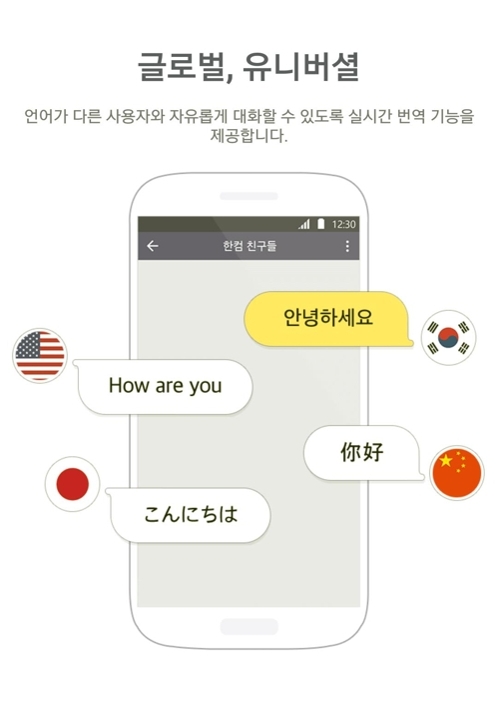