The three South Koreans are one of the 22 refereeing trios -- comprised of one main referee and two additional assistant referees -- from 34 countries.

Among them, Kim Jong-hyeok is one of the three main referees representing the Asian Football Confederation (AFC). The 34-year-old won the top referee award by the KFA last year and also officiated matches at the AFC Asian Cup as well as the U-20 World Cup in New Zealand in 2015.

Yoon also worked as an assistant referee at the 2015 U-20 World Cup.

Meanwhile, for the first time in a FIFA youth competition, the U-20 World Cup in South Korea will use a video reviewing system. FIFA on Tuesday unveiled 22 video assistant referees, who will provide information to the referee on the pitch after watching broadcast feeds of the match. 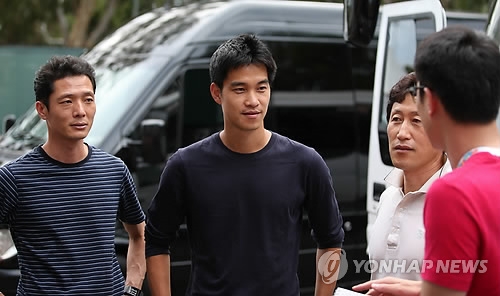