SEOUL, April 5 (Yonhap) -- Like a student who feels under pressure to finish one's homework, artist Oh Chi-gyun paints from seven in the morning till the evening. When he skips this daily routine, he gets anxious. Even after 30 years of doing so, Oh, now an established artist, still feels he is permanently behind on his homework.

Oh said the hardworking trait is from his late mother, who worked in the field as soon as dawn broke. She came back home to make breakfast for 10 children and then went out again to work until the sun sank behind the ridgelines. 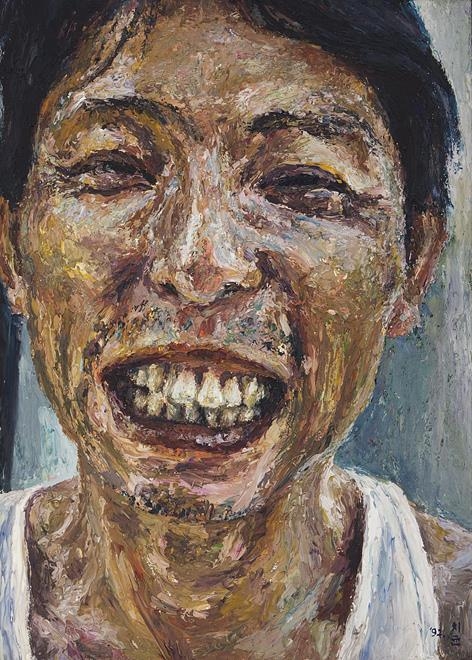 As the exhibition title "Oh Chi Gyun, Just Paints Without Words," which is currently running at the Seoul Museum of Art, suggests, Oh has rarely been in the public eye. Instead, he has spent all his energy and time in painting like a "racehorse," as he put it. Speaking to media and spending time socializing with gallery officials felt like a waste of time, he said during an interview with Yonhap News Agency at his three-story studio in southern Seoul on Wednesday.

Nevertheless, his paintings -- self-portrait, life in New York, landscape, persimmons and lighting -- are in hot demand and have been actively traded in the Korean art market. Thick and solid strokes are created solely by fingers, not a brush, and warm touches and heavy textures, suggestive of impressionism, brings a warm depth and vivid life to his paintings.

"I didn't like how space was cut and divided by a brush. So I began applying paints onto the canvas with my fingers. It was much easier for me to express as I wanted," the 61-year-old artist said. 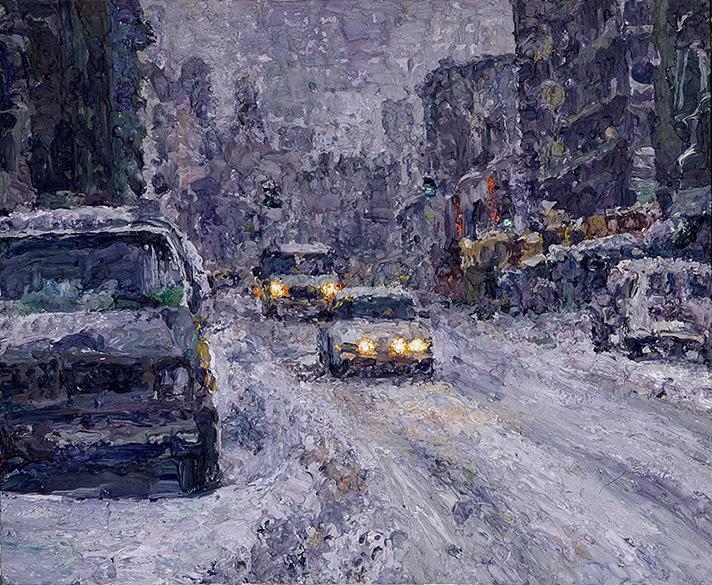 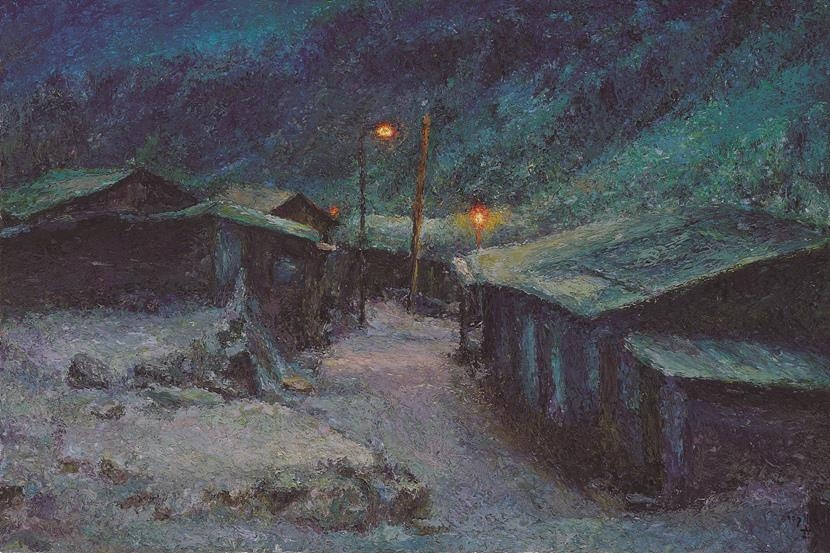 He moved to New York in 1986 to enroll in the master's program at Brooklyn College, with the money he had collected by running an art institute in Korea. But shortly after he moved there, he was swindled out of most of his savings by an acquaintance.

Devastated and in despair, all the dark and gloomy aspects of the city made themselves suddenly visible to him. He felt deep empathy for the homeless on the streets and started identifying himself with them in his "Homeless" and "Figure" series. The sense of total helplessness and misery that engulfed him during the first few years of his New York life is painfully and vividly depicted in the bleak paintings.

"I've been through a lot. I felt desperate as if I was in the middle of a rainstorm where I couldn't make out anything ahead of me. Even when I painted a flower, it turned out to be dark," he said. 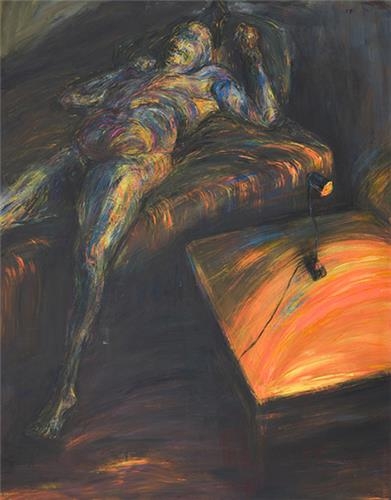 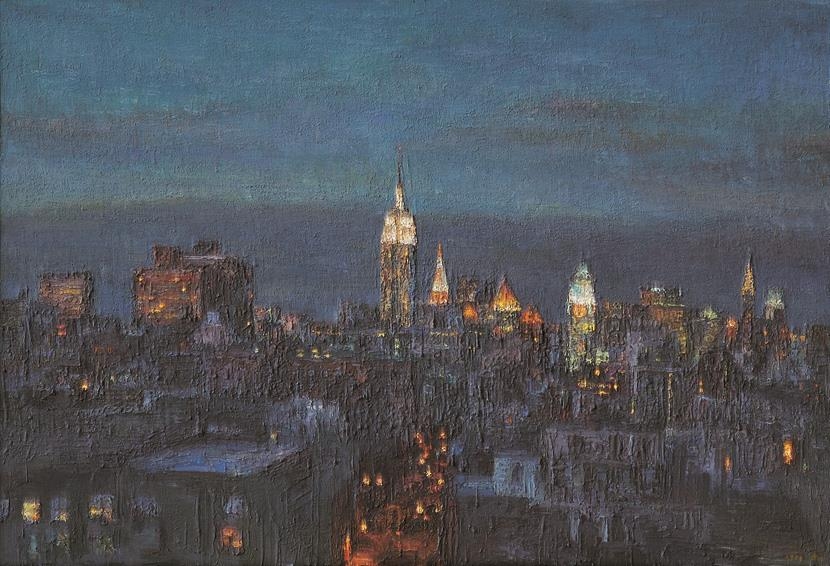 The city New York displays a different persona depending on the artist's mental status and living condition at the time of painting, a formula that applies to most of his paintings throughout his oeuvre. During the two other different periods of his life in the city -- in 1993-95 and 2014 -- his paintings became much brighter.

When he briefly suffered from panic disorder and paralysis in his leg in 2013, he obsessively painted lamps and glowing light, clinging to the hopeful message it implies. Soon after he recovered, he suddenly wondered how New York was like in autumn. When he went back to the city, he suddenly noticed things that he hadn't been able to see: The city was full of trees that were changing colors so magnificently. He got to paint them as they were there to be painted.

"My hearts naturally find the subject that I can connect to. When the world asks me something, I reply by painting." he said. 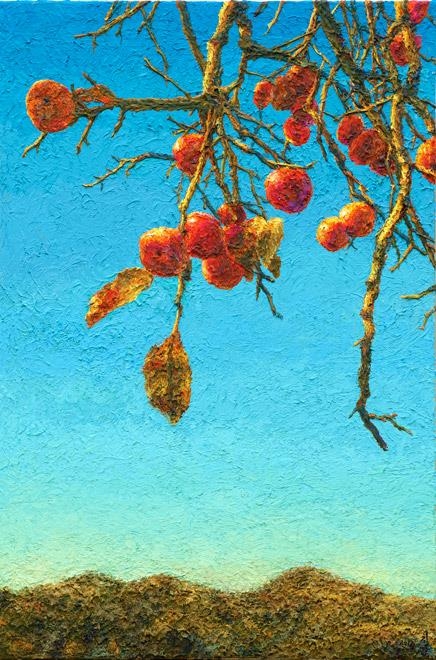 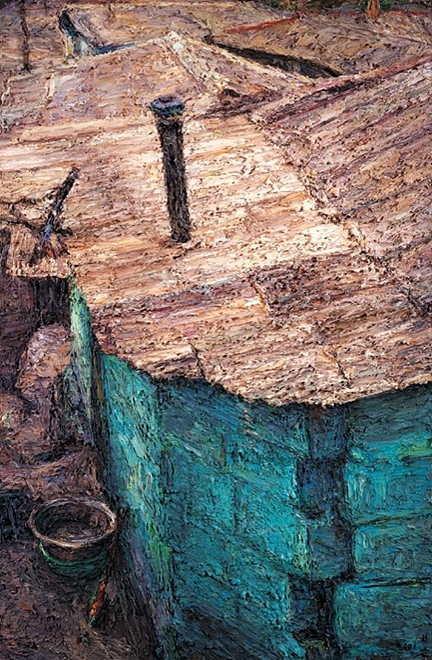 (Yonhap Interview) Oh Chi-gyun does not ask, but just paints

(Yonhap Interview) Oh Chi-gyun does not ask, but just paints