SEOUL, April 5 (Yonhap) -- The Brazilian Air Force has mobilized an aircraft to search for a missing South Korean cargo ship with 22 crew members that apparently sank in the South Atlantic last week, but the operation has yet to make any headway, a government official said Wednesday.

On Tuesday, a C-130 aircraft from the Brazilian Air Force was sent to where the ship, the Stellar Daisy, was believed to have sunk, for the third search and rescue operation in a row.

It searched a 1,138-square-meter area but found no clues to the location of the ship with its operation hampered by low visibility due to rainy and cloudy weather, the official said.

The aircraft's search will resume the next day, while four merchant ships are helping search for the missing ship and crew members.

Asked by the South Korean government through the Uruguay-based rescue coordination center, Brazil, Argentina and Uruguay will each send a warship to the scene starting on Thursday through Sunday, with a Brazilian warship expected to arrive on Thursday afternoon.

The search began Saturday, one day after the ship's crew sent a text to Polaris Shipping, their South Korean employer, saying their ship was taking on water. The Marshall Islands-flagged ship, carrying eight South Korean and 16 Filipino sailors, was sailing off Uruguay when it made the distress call, according to South Korea's foreign ministry.

Also on Saturday, rescuers found the ship's two lifeboats and three rafts near the scene and picked up two Filipino sailors riding a raft, but failed to find the other missing sailors.

The 266,000-ton Stella Daisy, loaded with 260,000 tons of ore, departed from a port in Brazil on March 26 for China. The very large ore carrier is believed to have sunk on Friday after filling with water. 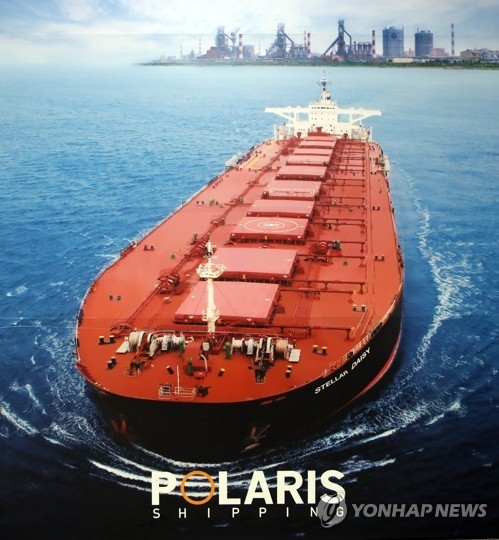