SEOUL/PAJU, South Korea, April 5 (Yonhap) -- A 80-kilometer, 90-minute drive is not long enough to get to really know Hyundai Motor Co.'s latest Grandeur Hybrid. But the test drive did prove the most important aspect pf the car -- its fuel economy.

In a mix of urban and expressway driving taking place west and north of Seoul, the new Grandeur, called the Azera, showed very good mileage numbers, which should especially appeal to markets like the United States.

After 15 minutes of driving at cruise "eco" mode with the speed set at 90 kph, the big car's dashboard showed an average fuel economy of 18.8 km on a liter of petrol, which is higher than the official 16.2 km per liter rated by the government.

The gauge in the dash in stop-and-go city driving averaged 9-10 km per liter. When placed in the "sport" setting on the motorway, the gauge averaged 12 km at speeds of 100 kph. 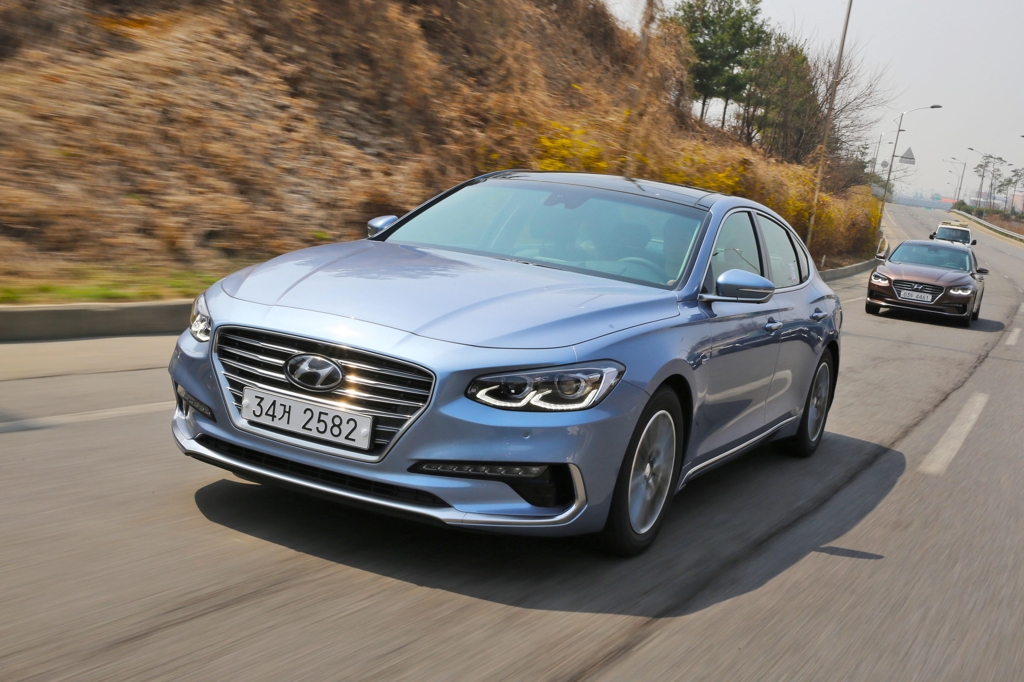 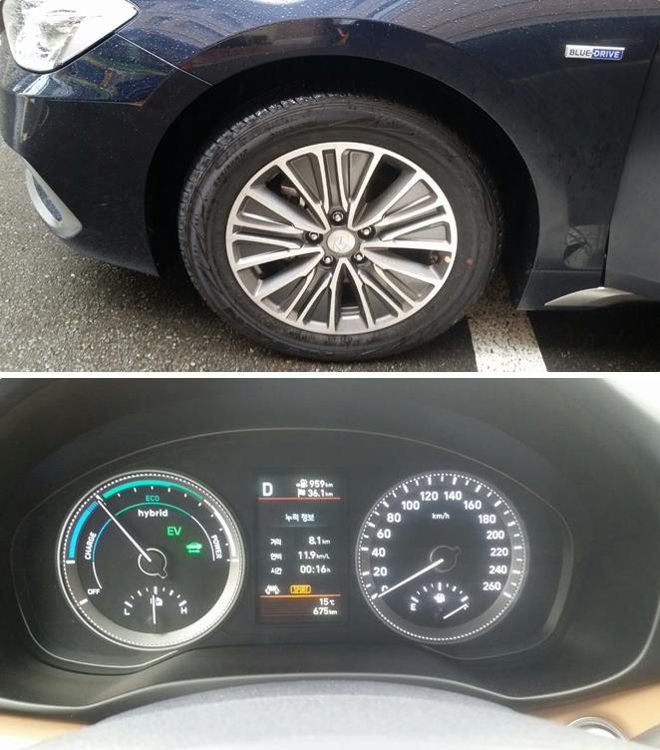 For Hyundai, these results can be a strong selling point for its full-size sedan, with the other being its "very competitive" sticker price.

In actual driving, the ride was composed and quiet in the city, and the steering wheel felt weighty. The car's characteristics changed with driving mode, with more power on tap in sport mode, while the car responded more sluggishly when placed in eco.

Backseat legroom and headroom were also ample even for a relatively tall person, with the trunk being big enough to haul four golf bags.

Safety and convenience features such as a lane departure warning and heads-up display can be had with the car that could bolster it to appeal to drivers who want safer cars. 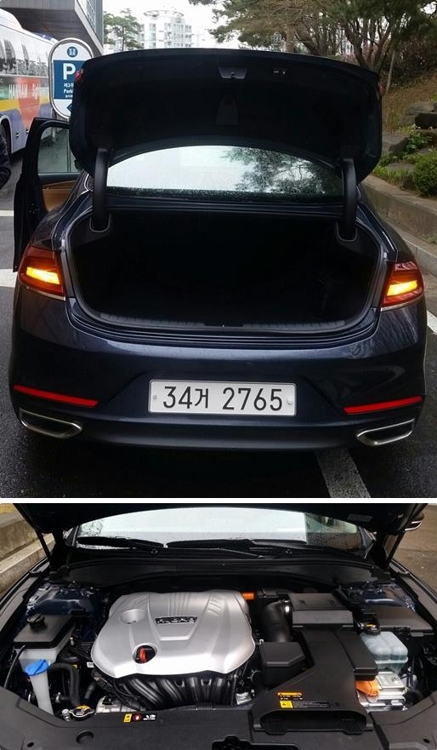 The Grandeur Hybrid cruised easily on the motorway at speeds of up to 130 kph without a problem, although on the downside some wind noise started creeping into the cabin at the higher speeds. Moreover, the vehicle leaned into curves at speed and the shocks seemed to struggle under adverse road conditions.

Currently, Japanese carmakers are leading players in gasoline-hybrid and plug-in hybrid vehicles. They have strengthened their presence in the U.S. and other major markets helped by fuel-saving models.

Hyundai is still less known in the hybrid market, although it has the Sonata Hybrid and the latest Ioniq Hybrid models sold worldwide. The company has yet to decide on the time frame for exporting the Grandeur Hybrid to markets outside of South Korea.

Hyundai, South Korea's largest carmaker, meanwhile, said it aims to sell 5.08 million vehicles in 2017, up 4.5 percent from the 4.86 million sold a year earlier.