SEOUL, April 5 (Yonhap) -- Teaser images of Jeong Eun-ji's mini album "Space" were made public on the official fan page of Apink and its social media sites on Wednesday.

In the images, Jeong, the leader of the K-pop girl group, is dressed up as a lovely flower girl, all smiles in refreshing lights. In another image, she stands by a window in a white dress, casting the image of a shy and romantic goddess.

She will release her second solo album on April 10, a year after her first solo album "Dream" came out.

Her second album is set to be released in local music streaming sites at noon. 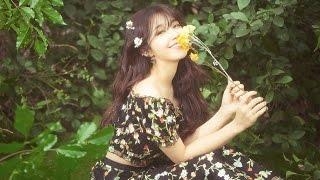