SEOUL, April 5 (Yonhap) -- Rapper and television personality Gary made a surprise announcement that he tied the knot with a woman unknown to the public on Wednesday.

"I tied the knot with my beloved one today ... We become man and wife through a ceremony between us without a wedding event," he said in a message through the social network service Instagram.

"My wife is an ordinary citizen who has shaken me up in an instant," he said. "Some of you may have been surprised by this sudden marriage announcement. I hope you could give your blessing delightedly for our new future. I will live happily ever after."

A source close to him said the couple has completed their official marriage registration.

The 39-year-old Gary, whose real name is Kang Hee-gun, is a rapper, songwriter, record producer and has become a household name through his previous role in the popular variety show Running Man. He is also a member of the hip-hop duo Leessang.

Gary's agency and staff had been totally kept in the dark about the marriage as well as the identity of the bride before Wednesday, another source said.

The announcement was also made in his account on Weibo, a Chinese social networking service. 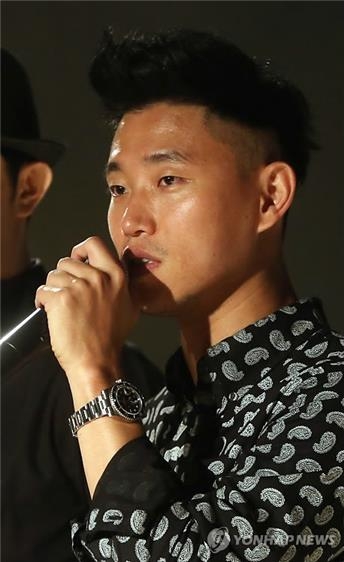