Lee Geum-min scored a hat trick and Ji So-yun grabbed a brace at Kim Il-sung Stadium in Pyongyang to help South Korea collect their first win in Group B, where they are paired with North Korea, Uzbekistan, Hong Kong and India.

"I think our players played well despite the harsh weather," Yoon said after the match was played on a rain-soaked pitch. "I think it's encouraging that many players were able to find their scoring instinct."

Yoon said it's important to score as many goals as possible since the two Koreas could come down to goal difference -- the first tiebreaker when two teams are tied on points. Only the group winner will advance to the 2018 Asian Cup in Jordan, which also doubles as the qualifying tournament for the 2019 FIFA Women's World Cup.

For Yoon, this is the second time that he has visited the North Korean capital to play football. He was a member of the men's national team that played a friendly match with North Korea in Pyongyang in 1990.

"It really reminds me of old memories again," he said. "I think lots of things have changed. I hope both Koreas play a good match tomorrow."

North Korea have dominant head-to-head against South Korea with 14 wins, one loss and two draws. South Korea's only victory came in 2005.

"I know the match against North Korea is not an easy one," he said. "But I believe if we can give our best efforts, we'll play a good game." 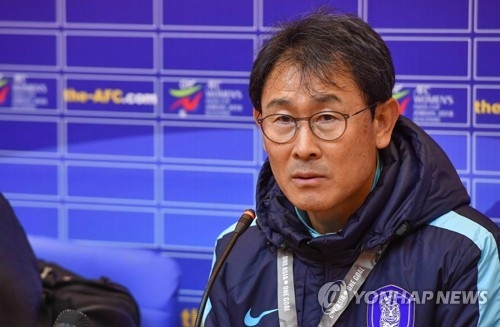