"I was deeply moved when we sang the national anthem in Pyongyang," said forward Lee Geum-min who scored a hat trick against India. "But I also felt somewhat sad." 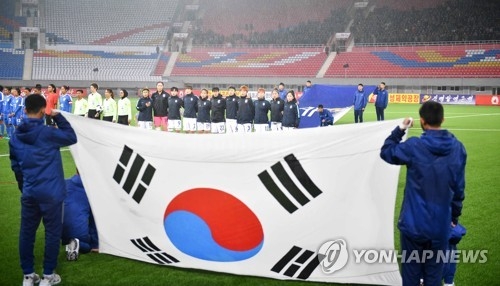 Midfielder Lee Min-a, who also put her name on the score sheet against India, said it was a special moment to sing the national anthem in North Korea. At the stadium, some 5,000 North Korean fans were present and they all stood up when the South Korean anthem started playing. The South Korean flag was also raised at Kim Il-sung Stadium for the first time.

South Korea's next match is against North Korea on Friday. The winner of this much-anticipated all-Korean showdown is expected to clinch the top spot in the group considering that neither the South nor the North are likely to lose to their low-ranked competitors.

After collecting a big win over India, the players said they are confident in showing a good performance against North Korea as well, even though the national team has won only once in the last 17 meetings.

"We planned to eat 'Pyongyang Naengmyeon' (cold buckwheat noodles) if we beat North Korea," Lee Min-a said. "We will eat that food here."

South Korean captain Ji So-yun, who scored twice against India, said she is satisfied that the team made a good start. The forward, who plays with English club Chelsea Ladies FC, is the all-time leading scorer for the womens' national team with 43 goals.

"The match against North Korea is not going to be easy, but we have to get rid of the pressure and enjoy playing football," she said. 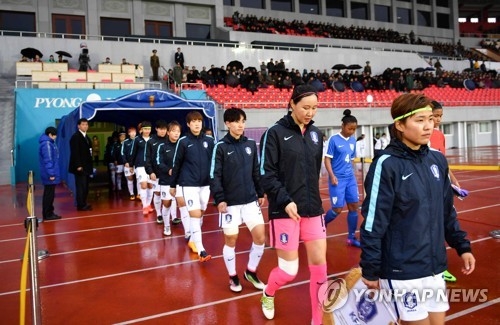