The tournament, doubling as a test event for the 2018 PyeongChang Winter Olympics, also features the Netherlands (No. 19), Britain (No. 21) Slovenia (No. 24) and North Korea (No. 26). The top nation after round-robin play will be promoted to Division I Group B next year, while the last-place nation will be relegated to Division II Group B in 2018. 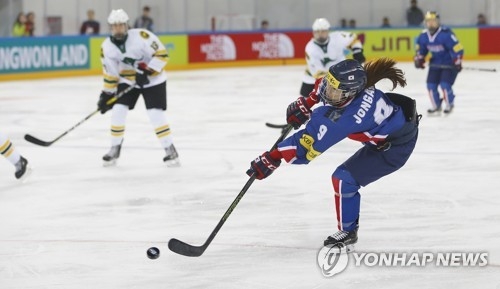 South Korea and the Netherlands each have three wins, but South Korea is in first place with a plus 13 goal difference. They will square off on Saturday, the final day of the competition.

South Korea dominated No. 28 Australia from start to finish. Park Jong-ah scored her team-leading third goal of the tournament just five minutes into the game, banking one in off the body of goalie Michelle Coonan.

Then at 11:28, Park Ye-eun scored a lucky one on the power play, as she had a rebound go off her skate and roll into the gaping net.

The shots were 14-2 for South Korea and the home team kept peppering shots at the Australian net in the second period.

South Korea made it 3-0 just 52 seconds into the middle frame in an outstanding sequence on a power play. Park Jong-ah got the puck behind the net, faked a wraparound going to her left and then threaded a perfect pass in the opposite direction to Han Soo-jin, whose one-timer beat a Coonan caught well out of position. 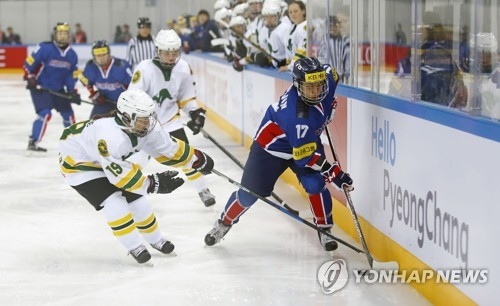 Choi Yu-jung's redirection of a Danelle Im pass extended the lead to 4-0 at 4:41 in the period.

South Korea chased Coonan from the game with its third power play goal at 10:47. Coonan couldn't handle Kim Hee-won's hard shot from the right point, and Park Jong-ah was right at the goalmouth to poke home the rebound for her second of the night.

Four minutes later, Park picked up her fourth point of the game, when Lee Eun-ji deflected her shot past the new goalie, Asleigh Brown, for another power-play marker that put South Korea ahead 6-0.

South Korea wasn't done, scoring its fifth power-play goal when Eom Su-yeon scored on a point shot right at the buzzer for a 7-0 lead.

Australia foiled South Korea's shutout bid at 8:27 in the third period, when Shona Powell scored on the team's fourth shot of the game.

The home team added an eighth goal for good measure with 17.8 seconds remaining, as Choi Yu-jung scored for the second time.

With four points on Wednesday, Park Jong-ah is now tied for the tournament lead with seven points, along with Julie Zwarthoed of the Netherlands. Park leads all players in scoring with four goals.

South Korea's next game is against North Korea at 9 p.m. Thursday, a highly anticipated contest taking place amid rising tensions on the peninsula. North Korea has one win and two losses after beating Britain in overtime earlier Wednesday. 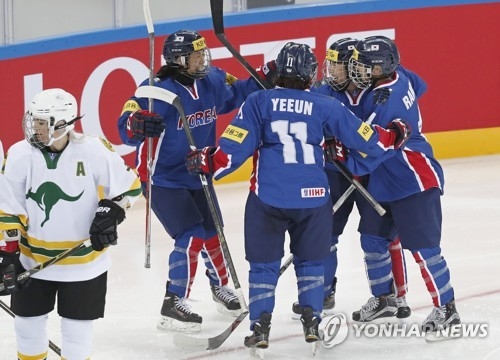