The South Korean firm said the LG G6 will be available in the United States through major mobile carriers, including Verizon, Sprint, AT&T, T-Mobile and U.S. Cellular, on Friday. The sales will also begin in Canada.

LG Electronics has been promoting the G6 smartphone at 25,000 shops throughout the United States where visitors can test its flagship device. The preorders earlier began in mid-March.

The company said the G6 will continue to reach out to more countries down the road by joining forces with some 200 mobile carriers. The tech company has not yet announced a detailed launch schedule for each region.

Featuring a 5.7-inch screen and dual 13 mega-pixel rear-facing cameras, LG said the smartphone has been enjoying rising popularity on the back of what it calls "Full-Vision" display that comes with an 18:9 screen aspect ratio. 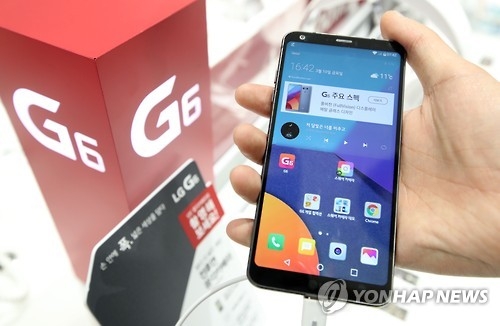