The production of the ill-fated phablet, however, was short lived after reports that some of the devices caught fire while being charged. Samsung has been moving to recover from the fallout with the release of the new phones that boast a more refined design and top-notch technology.

Taking that into consideration, Samsung is expected to provide freebies worth 400,000 won (US$354) to those who preorder.

While the official sales of the Galaxy S8 kick off on April 21, Samsung plans to allow those who purchased through preorders to receive the devices as early as April 18. The preorders will run through April 17.

Samsung showcased the Galaxy S8 and the Galaxy S8 Plus late last month, which feature high resolution displays that bend on both ends, and innovative technologies, such as iris and face recognition scanners and a smart voice assistance program dubbed Bixby. 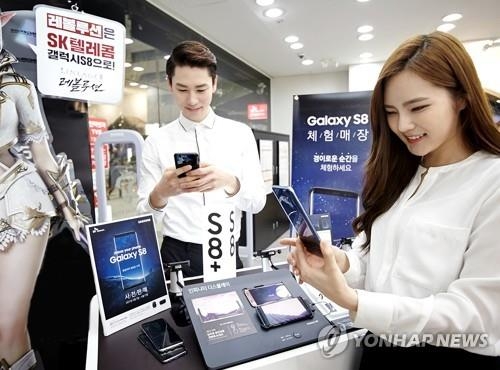