SEOUL, April 6 (Yonhap) -- Kim Jae-joong from K-pop boy band JYJ helped out a Thai fan who fell into a coma during a trip to Korea, his agency said Wednesday.

C-JeS Entertainment said that the singer visited a hospital in Seoul Monday where Rapiphorn Nasaarn, a Thai fan, had been admitted when she fell unconscious after suffering a sudden heart attack. He donated 20 million won (US$17,700) to help her family cover the medical bill.

His donation was first made public by Thai media.

K-pop and Korean drama fan Nasaarn traveled to Korea last month and collapsed in a club in Seoul's hip Hongdae neighborhood on March 24.

In her country, a campaign to raise money for hospital expenses took place as her family's financial woes of covering the rising cost spread on social media sites.

The agency said Kim visited the hospital to meet her father and wish her well.

She is still in a coma. 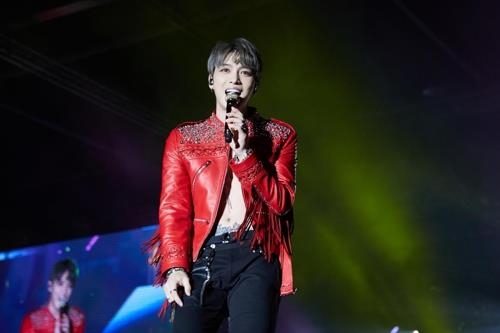