SEOUL, April 6 (Yonhap) -- Samsung Display Co. continued to stand as the top player in the global small and middle-sized display market for the sixth consecutive year in 2016, data showed Thursday.

According to the data compiled by industry tracker IHS Markit, Samsung accounted for 31 percent of the global market for displays sized 9 inches and below. The South Korean firm's sales in the segment came to US$13.8 billion, the data also showed.

Samsung's latest market share in the area marked a sharp increase from 25.2 percent posted in 2015.

The market share of other global rivals hovered far below that of Samsung, with Japan Display Inc. and LG Display Co. posting 16.1 percent and 13.1 percent, respectively. Sharp Corp. accounted for 7.9 percent.

Industry watchers said Samsung, which stands as the top player in the segment since 2011, also enjoyed a solid performance in the organic light-emitting diode (OLED) display market last year.

Samsung was the dominant player in the small and medium-sized OLED panel market in 2016 with a market share hitting a whopping 96.7 percent.

The size of the global market for small and medium-sized displays is estimated at $43.7 billion in 2016, up 2.1 percent on-year. That of the OLED panel sector jumped 23.5 percent on average annually since 2012.

Starting this year, IHS Markit said the global market for OLED panel products is expected to continue to expand by 16.8 percent annually up till 2020, casting a rosy outlook. 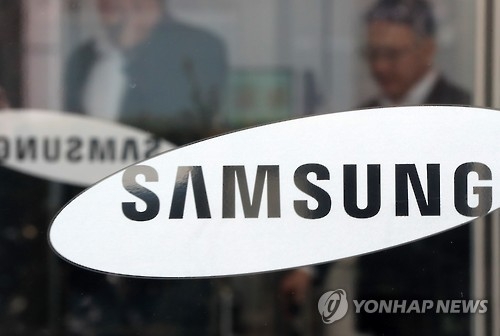