The reclusive state fired a ballistic missile into the East Sea on Wednesday ahead of the summit between U.S. President Donald Trump and Chinese leader Xi Jinping in Trump's seaside retreat in Florida later this week.

During the phone talks, McMaster said that Pyongyang's evolving nuclear and missile threats will be dealt with as an important issue during the meeting, the press release said.

The two sides also agreed to push for a "multi-faceted" way to strengthen international pressure and sanctions on the North to have it change its behavior.

They also reaffirmed that they will press ahead with the installation of a Terminal High Altitude Area Defense system to South Korea. China has vehemently opposed the deployment, which it said would undermine its security interests. 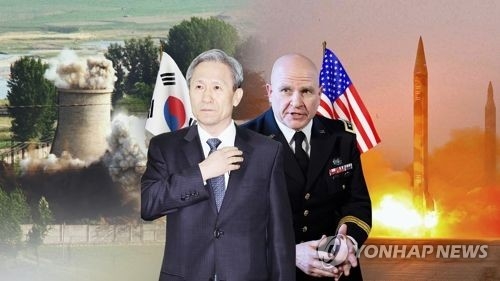