SEJONG, April 6 (Yonhap) -- The South Korean government spent nearly 90 trillion won (US$79.8 billion) of its state budget in the first three months of the year as part of its efforts to frontload spending to prop up the economy, the finance ministry said Thursday.

Budget spending by the government and public institutions for the January-March period stood at 89.3 trillion won, up 1.8 trillion won from the earlier target of 87.4 trillion won, according to the Ministry of Strategy and Finance.

It accounted for 31.7 percent of 281.7 trillion won that the government has set aside for early fiscal execution out of the country's 400 trillion won budget for 2017, the ministry said.

Provincial governments spent 52.1 trillion won of the scheduled budget over the three month-period.

In the first quarter, the coincident composite index on current economic situation has been gaining ground in recent months, hitting 100.8 in February, up from 100.7 in January and 100.5 in December last year. A number surpassing 100 means that the economy is in an upside cycle.

"Thanks to the government's frontloading efforts, the economy shows some improvements," the finance ministry said. "The government will move forward to meet the first-half goal of 58 percent."

The finance ministry earlier forecast that the country will grow 2.6 percent in 2017, down 0.4 percentage point from its earlier prediction of 3 percent. 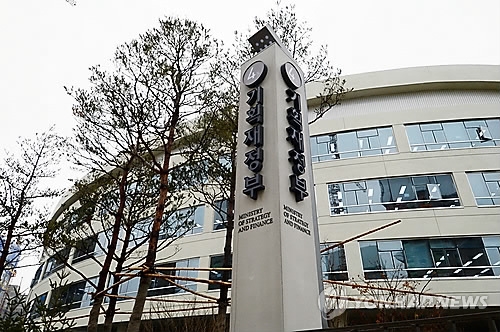