SEOUL, April 6 (Yonhap) -- Samsung Electronics Co. announced details on the local price of the Galaxy S8 smartphone series on Thursday, with the Galaxy S8 Plus with 6GB RAM to come with a price tag of 1.15 million won (US$1,018).

Samsung Electronics said the 6GM-RAM Galaxy S8 Plus will be initially sold in South Korea, but plans to expand the sales to other countries will be considered depending on market's demand.

It marks the first time for Samsung to release a smartphone with such a capacity. Industry watchers said the change reflects the rising demand for premium smartphones in China, a major market for Samsung phones.

The South Korean tech giant showcased the Galaxy S8 and the Galaxy S8 Plus late last month, which feature high resolution displays that bend on both ends, and innovative technologies, such as iris and face recognition scanners and a smart voice assistance program dubbed Bixby. 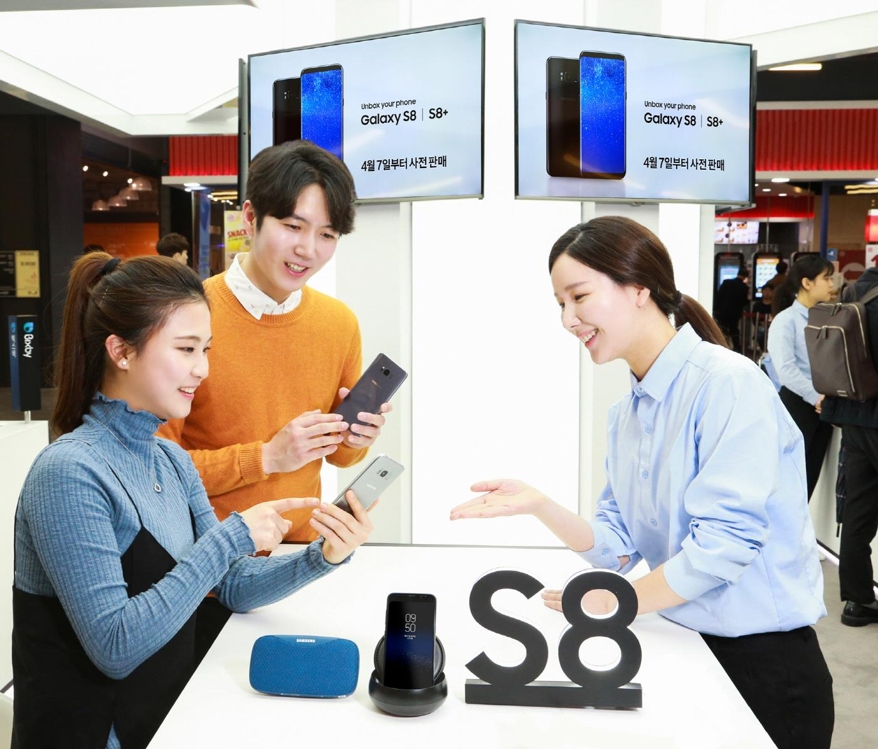